Nigeria yet to locate missing Alpha jet, six months after it went down 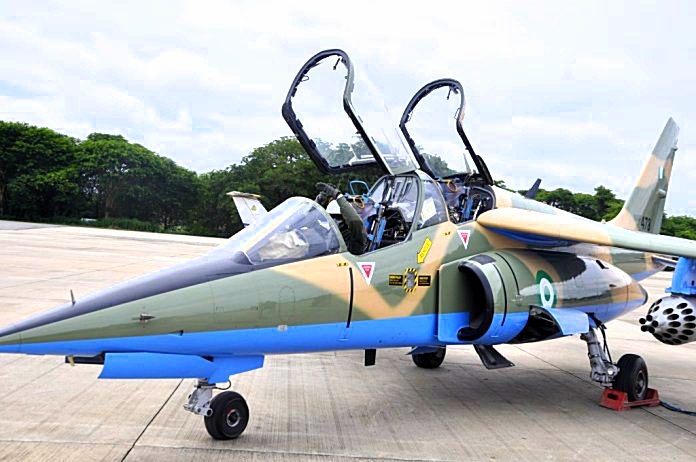 The Nigerian Air Force (NAF) is yet to locate the wreckage or crash site of its Dassault Alpha jet A/E that went missing about six months ago.

The Alpha jet trainer and light attack aircraft (NAF 475) was on a routine mission supporting troops of the Theatres of Operation in the Northern part of Nigeria before it crashed on 31 March.

The spokesperson for the Nigerian Air Force, Edward Gabkwet, said the Alpha jet disappeared while on an interdiction mission in support of ground troops.

“Details of the whereabouts of the aircraft or likely cause of contact loss are still sketchy but will be relayed to the general public as soon as they become clear. Meanwhile, search and rescue efforts are ongoing.”

The Nigerian Air Force launched a rescue mission for missing combat aircraft pilots in early April; however, little information about the rescue effort has come to light.

Gabkwet told the local media that “If there is anything new, actually I (NAF) will tell you. We are still searching for the jet, and if there is any new information, you will be the first person to know. No information on its whereabouts now; the search is still ongoing. It’s a continuous process.”

The Alpha jets were designed primarily as trainer aircraft by the manufacturer. Still, Nigerian Air Force engineers reconfigured them to carry bombs, rockets, and gun pods to help counter-terrorism efforts.

Several aircraft were reactivated and brought to flying status after completing a Periodic Depot Maintenance (PDM) on the plane to help sustained efforts to boost Air Power’s employment capability against insurgency and other security challenges.

Another Dassault Alpha Jet of the Nigerian Air Force (NAF) succumbed to intense ground fire from non-state actors on Sunday, 18 July, after completing an air interdiction mission between the boundaries of Zamfara and Kaduna States in Nigeria’s middle belt region.

The pilot of the downed Alpha jet, Flight Lieutenant Abayomi Dairo, ejected from the aircraft, successfully evaded the bandits searching him out, and hid in a nearby settlement.

Nigeria placed order for twenty-four M-346 Master aircraft from Italian aircraft maker Leonardo, in a deal reported to be worth an estimated €1.2 billion, to replace the aging Dassault Alpha jet A/E.

The Nigerian Air Force confirmed the deal during a media interview by Mr. Ashibel P. Utsu the Director of Air Force affairs, for the Federal Ministry of Defence (MoD) on Thursday 26 August.