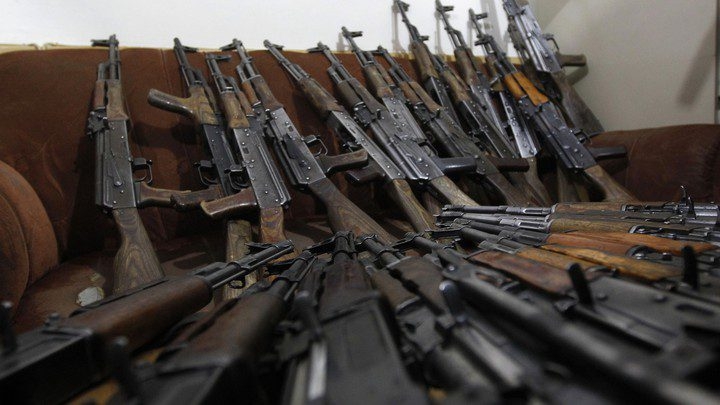 The shipment arrived on an Ethiopian Airlines passenger flight, and an investigation is underway, without giving further details.

According to local sources, the weapons had originally been sent from Russia to Ethiopia in May 2019 and were held by authorities there for two years.

“Without prior warning, authorities in Addis Ababa allowed for its shipping into Khartoum on a passenger flight,” the source added.

The shipment of 72 boxes reportedly contained weapons and night-vision binoculars.

“There are suspicions that they were meant to be used in anti-state crime, to impede the democratic transition, and prevent transition to civilian rule.”

This is not the first time Sudan is seizing weapons suspected to belong to Ethiopia. Last year, Sudan forces seize large haul of mortar rounds and assault weapons on its eastern border with Ethiopia.

This seizure adds to the already souring relations between Khartoum and Addis Ababa over a disputed border region.

The two countries have also been at loggerheads over the Grand Ethiopian Renaissance Dam (GERD), in a regional dispute that involves Egypt.

This latest development also comes barely a few days after the Ethiopian army accused Khartoum of backing a botched sabotage attack on the Renaissance Dam which had been allegedly carried out by the Tigray forces.