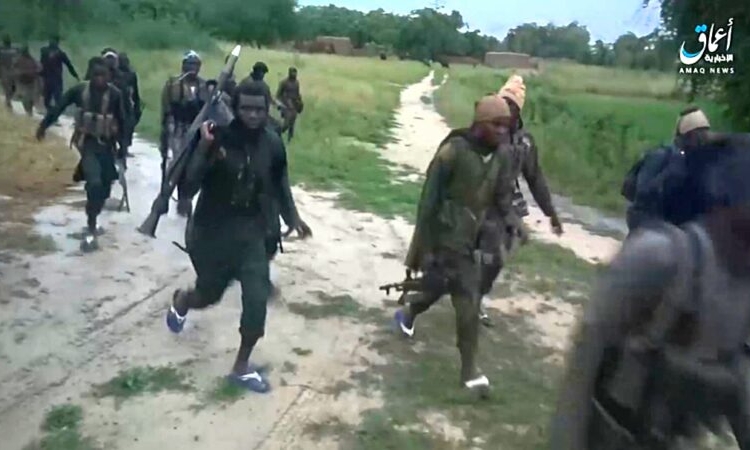 The challenges of insurgency and terrorism in Nigeria has great negative effect on National development.

Nigerians are faced with terrorist activities and occupation of territories in Yobe, Borno, Adamawa, and Taraba; to banditry in Zamfara, Bauchi, Kaduna, Kastina, and Kano; to kidnapping on Kaduna – Abuja road, now extended to Niger State, a border state with the FCT. These activities includes; suicide bomb attacks, sporadic shooting of unarmed and innocent citizens, burning of police stations, churches, kidnapping and raping of school girls and women.

The attacks carried out by the Fulani Herdsmen on some communities in the North and South have been another great major challenge of insecurity facing the country.
Many lives and properties have been lost and a large number of citizens rendered homeless. Families have lost their loved ones, many women are now widows, Children becoming orphans with no hope of what the future holds for them.

These and many more has negative implications for national development. The present Government led by President Muhammadu Buhari is making frantic efforts to tackling all of these challenges posed by terrorism and insurgency in the country to put an end to it but unfortunately, the rate of insecurity is still alarming.

Recently, suspected herdsmen were reportedly to have killed over 100 persons in Katsina-Ala Local Government of Benue State where Residential houses and farms were totally destroyed. In Zamfara, more than 60 people were kidnapped by bandits in a community in Zamfara State. It is on record the State is one of the States mostly affected by banditry in the Northern Nigeria where hundreds of people have been abducted or killed.

Insecurity has reduced the confidence of foreign investors in Nigeria.
According to the United Nations Conference on Trade and Development (UNCTAD), FDI flows to Nigeria averaged $5.3 billion annually from 2005-2007. However, UNCTAD data shows FDI to Nigeria averaged $3.3 billion from 2015-2019, a period that has been marked by heightened and widespread insecurity in the country.

More so, Nigeria is losing its best brains on a daily basis through mass emigration to Western countries. Canada seems to be the country of preference for most Nigerians at the moment, due to its open-door policy for qualified migrants.

A recent poll conducted by NOI Polls, found that: “Almost 9 in 10 respondents (88%) disclosed they are seeking work opportunities abroad.” It also found that: “83% of doctors who filled the survey and are based abroad are licensed in Nigeria, indicating that they had completed their medical education in Nigeria before departing beyond the shores of Nigeria.”

The search for a better quality of life is the main reason for the mass emigration of Nigerian doctors and other professionals. The prospect for the good life is being jeopardised in the country by insecurity and by its negative impact on economic opportunities.

The vicious circle of insecurity in Nigeria has diminished public confidence as people are afraid to move around freely in the country.

From the foregoing, it is clear that any effort to grow the Nigerian economy by the Buhari administration would most likely fail if insecurity is not properly dealt with. Insecurity is no longer just a problem that affects the security sector; the entire economy is at stake if something is not done quickly to fix this menace. As we adapt to the challenges of a changing world and reposition our economy for growth and increased employment, security must be sorted as a matter of economic priority.

A strong and stable economy fosters long-term national security, whereas insecurity is a hindrance to long-term economic prosperity. Therefore, efforts should not be speared in bringing under control the spate of the general insecurity that currently afflicts most parts of the country.

The solutions proffered here are exclusively within the executive powers for implementation. The primary objective of every government is the protection of lives and property of its citizenry. If a government reaches a point where it can no longer fulfill this responsibility, the result will be anarchy.

It is therefore recommended that: