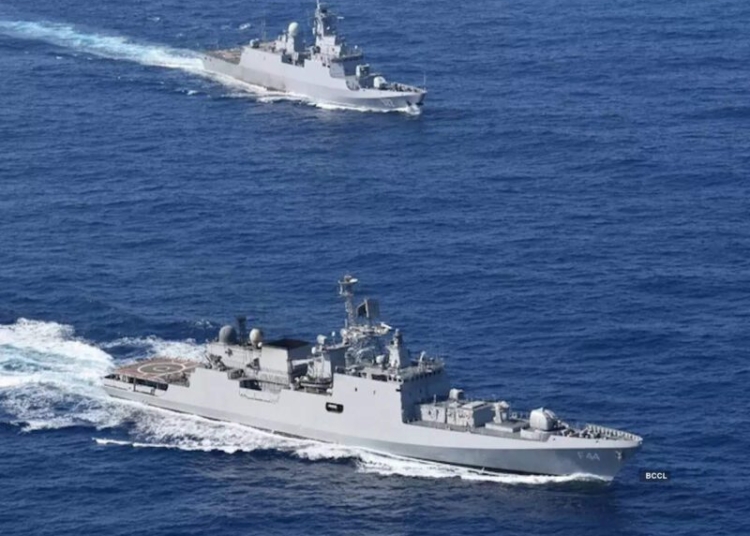 India and Algeria have conducted a maiden joint military maritime exercises, in the Mediterranean Sea near the Algerian coast on Sunday 29 August.

A passing exercise also known as ‘PASSEX’ is a naval exercise conducted by two or more navies with their vessels in order to enhance communication and cooperation.

INS Tabar is on a four-month deployment across Africa and Europe to participate in joint exercises with friendly navies and enhance military cooperation through naval engagements.

INS Tabar is a Talwar-class stealth frigate, and based at the Indian Navy’s Western Fleet, Mumbai under the Western Naval Command.

“As part of her ongoing goodwill visit to Europe and Africa, INS Tabar took part in a Maritime Partnership Exercise with Algerian Navy ship ‘Ezzadjer’ on 29 Aug 21,”

The vessels practiced various activities, including coordinated maneuvers, field communication and others. The exercises aimed to enhance interoperability and interaction between the ships in the future, the statement added.

During its deployment, the Indian Naval Ship has already called on ports in Egypt, Italy, Spain, Norway, Sweden and France and has conducted naval exercises with the navies of these countries.