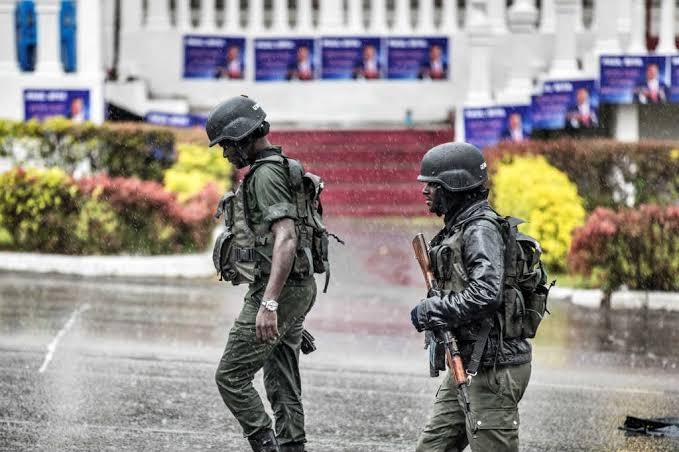 The contingent left Cameroon on Wednesday, Sept. 15, to join the UN forces stationed in CAR, and to contribute their own quota on stabilizing the war torn country.

Before their deployment, the United Nations provided three months training to help them achieve their military objective.

The Camerooninan Minister of State Joseph Beti Assomo, had on Tuesday, 14 September presided over the ceremony for the handing-over of the national flag to the soldiers at the pre-deployment centre in Doume, Upper Nyong division in the East region.

Apparently, President Paul Biya had earlier authorised the acquisition of important logistical materials to revamp the equipment to be used by the Cameroon contingent in the Central African Republic.

Assomo noted that this was to improve the working conditions of the soldiers and their operational capacities.

“The said brand new equipment is already being used in the Central African Republic for some months now. You will be the first beneficiaries,” he said.

“If the operational results have been satisfactory, comportments contrary to the ethics and engagements have been registered in the past. These would be severely sanctioned if they rear their heads again.”

Speaking during the flag handover ceremony, the Commander of the 8th contingent of Cameroon’s Blue Helmets to MINUSCA, Colonel Vincent Pehuie, noted that he and his soldiers had received solid training.

“The United Nations sent a team equipped to evaluate us and the team certified that we are capable of fulfilling this mission honourably. We have also been vaccinated against the Covid-19,” Colonel Pehuie declared.

More recently, due to human rights allegations, the United States withdrew its military assistance to the country.