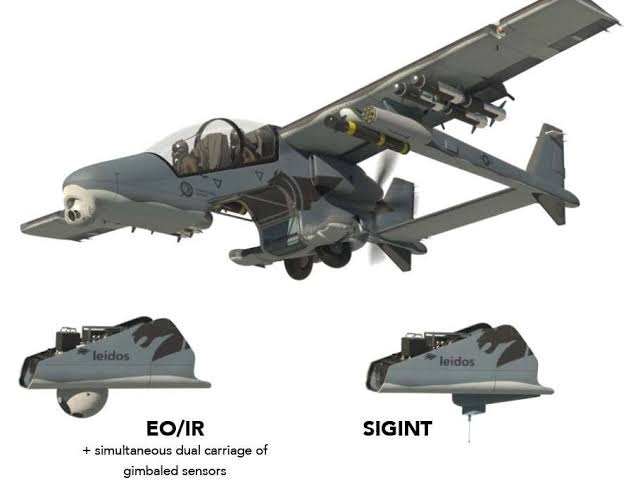 Bronco II along with MAG Aerospace MC-208 Guardian would no longer be part of the US Special Operation Command’s (SOCOM) Armed Overwatch competition, after being eliminated in the final selection round.

The South African Bronco II light attack aircraft made by Paramount Group and marketed by US Leidos was selected in May last year to participate in SOCOM’s Armed Overwatch programme for acquiring a low-intensity combat warfare aircraft.

The Bronco II originally named the Advanced High-Performance Reconnaissance Light Aircraft (AHRLAC), is a light reconnaissance and counter-insurgency aircraft made by AHRLAC Holdings, a joint venture between the Paramount Group and Aerosud in South Africa.

In June this year, it was announced that the Bronco II has been selected to enter the final phase of the Armed Overwatch aircraft prototype program, and was awarded a total of $19.3 million for prototype demonstrations.

At the time, Gerry Fasano, Leidos Defense Group president was quite thrilled at the prospect of netting such a lucrative contract. He stated that the Paramount/Leidos team had combined “decades of experience both integrating and manufacturing cutting-edge airborne solutions for the warfighter.”

Also, Ivor Ichikowitz, Chairman of global aerospace and technology company, Paramount Group noted that the team believes “that Bronco II is the definitive next-generation aircraft, which has been designed to be future-proofed against evolving operational requirements in the asymmetrical battlespace specifically inhabited by SOCOM,”

However, despite the optimism, a Bronco II aircraft participating in the competition suffered a landing gear incident during a routine preventive maintenance procedure in July.

The Bronco II prototype damaged its landing gear, and although, according to Leidos, the incident will not likely affect it’s chances at the competition. Nevertheless, the Bronco II is one of the first aircraft to have been eliminated.

According to SOCOM, the remaining competitors will be given an imminent request for proposals (RFP). SOCOM has budgeted $101 million for the first aircraft with another ten per year for the next seven years.