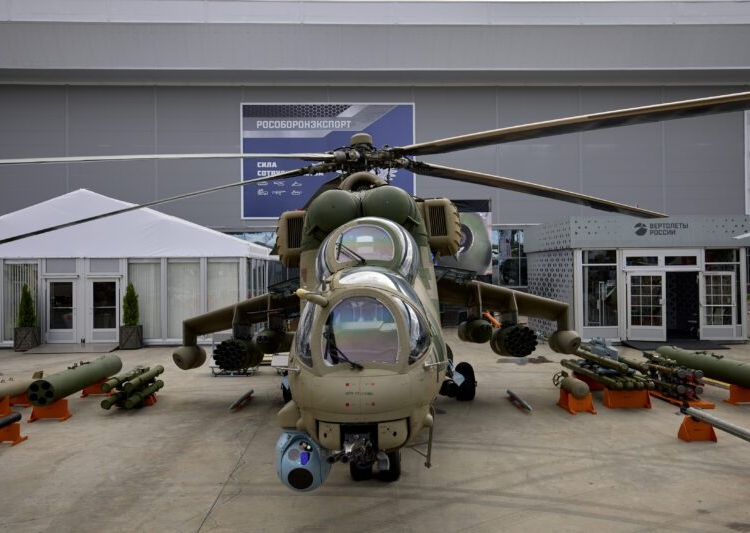 The upgraded Mi-35P Phoenix combat helicopter, produced by the Russian Helicopters’ Rostvertol company amd presented to the African nations at Russia-Africa Economic Forum in 2019, will be supplied to the undisclosed foreign customer. The agreement was concluded in the framework of the ARMY-2021 expo, which took place from 22nd to 28th August near Moscow in Russia.

The upgraded Mi-35P helicopter was presented by Russia to the African nations at Russia-Africa Economic Forum in Sochi in 2019. As the Russian Helicopters holding company announced at the time, over 900 helicopters made by its enterprises were registered in African countries – almost one in four helicopters on the continent, with the share of the military rotorcraft being almost 40%. The Russian Helicopters stressed, that It is provided for huge potential for cooperation in servicing, modernizing and renovating the fleets.  According to the company, the African countries operate over 250 helicopters of Mi-24/35 type.

In the summer 2020 tests of the upgraded Mi-35P (called Phoenix) were over and it went into serial production at Rostvertol in Rostov-on-Don. It can be used as a combat helicopter for destruction of tanks and other armored vehicles, as a troop-carrier, as an ambulance for transportation of two casualties and a medical attendant, and a cargo-carrier for transportation of cargoes inside the cargo cabin (1500 kg) and on external load sling (2400 kg).