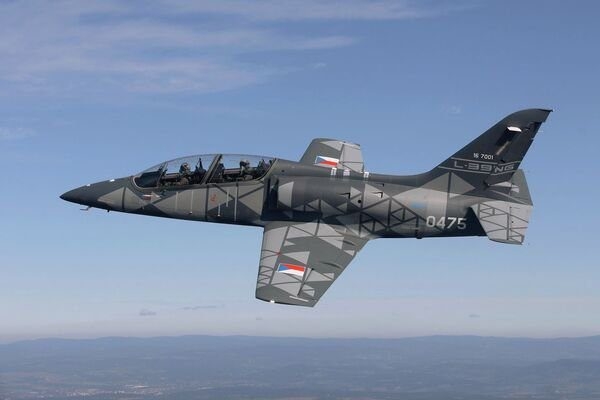 Ghana’s defence minster on 2 August is seeking parliamentary approval for the procurement of six L-39NG aircraft from the Czech company Aero Vodochody.

According to the 2 August Ghana’s parliament’s order paper, the deal is reportedly worth EUR111 million (USD132 million) and covers associated products and services and a ground-based training system as well as the six aircraft.

The agreement was laid in the House by the Minister of Parliamentary Affairs, Osei Kyei-Mensah-Bonsu on behalf of the Defence Minister, and the acquisition is now being reviewed by parliament’s Defence and Interior Committee.

Czech Republic’s AERO Vodochody AEROSPACE will supply six L-39 Next Generation (L-39NG) aircraft and the provision of support in terms of products, services, and ground-based training systems associated with the aircraft operation.

Alban Bagbin, the Speaker of Parliament, has referred the agreement to the Defence and Interior Committee for consideration and report.

However, the acquisition has apparently ruffled some political feathers, as the Minority in Parliament has raised red flags over government’s plan to procure the aircraft.

“We are buying a jet that we are told will cost just about $12 million, but one of those jets in the agreement is €14.7 million. For some of us, it doesn’t make sense because there is also a different amount of money allocated for spare parts and other things. How come other countries have placed orders for that jet at a price far less than ours? Why is ours more expensive?”

Me Agbodza also claimed that Vietnam and Senegal, who have made commitments to purchase the same aircraft from the Czech-based manufacturer Aero Vodochodyr since 2018 are yet to receive their orders hence it is not prudent that Ghana chooses the same manufacturer to make a purchase from them.

“Our checks reveal that since the outdooring of that particular jet, it appears no country has placed an order, taken delivery and actually using that jet seriously. We are told Vietnam and Senegal have placed orders for those jets, but they are yet to be delivered. What is the guarantee for us? We have other manufactures in the world in Brazil and Europe that are similar. Although Senegal and Vietnam made a serious commitment for the jets right from 2018, [but they are yet to take delivery],” he said.

Although he did clarify that he and the minority supports calls for the Armed Forces to be retooled and be supported with logistics including jets to meet the country’s security needs, but the agreement presented before Parliament for the purchase of the aircraft does not sit well with them.

“This is not to say we don’t need jets for our air force, we need them as urgently as possible but in the process, it doesn’t mean we should go and get something that is expensive.”

The L-39NG is based on the L-39 Albatros trainer and light attack aircraft, but has a new lighter airframe, a more powerful and efficient engine, modern avionics, two additional hardpoints on the wingtip where fuel tanks were previously located on its predecessor, and an undercarriage that can handle unpaved airstrips.

Aero Vodochody claims that theL-39NG will have similar operating costs as a turboprop and announced in March that life cycle testing showed it has a service life of up to 15,000 flight hours, three-times longer than the L-39.

Military Africa understands that in April 2020, Senegal had ordered four L-39NGs, making it the first military customer for the aircraft, and delivery would be in 2020-21, but so far, Senegal is yet to receive the aircraft.

Senegalese Air Force (Armée de l’Air du Senegal) is supposed to receive four L-39NG jets from Aero Vodochody between 2020 and 2021, but now the delivery date has been postponed to 2022.

Aero Vodochody initially disclosed that financial constraints will delay the delivery of the aircraft to Senegal.

According to a 12 June, 2020 report by Military Africa, we explained at the time that Aero Vodochody’s acquisition by new joint venture could dampen Senegal’s L-39 prospect.

Penta, a Central European investment firm owned Aero Vodochody for the past 13 years, handed over control of the aerospace company to Omnipol Group, which is controlled by the Háva family, and will oversee the daily operations of the company.

Under the signed contract, Tombor now holds a 51 percent stake in AERO Investments Partners, and Omnipol has a 49 percent in the joint venture. While Czech-Slovak group Penta Investments, which bought into Aero Vodochody in 2006 and still retain an airport at the site.