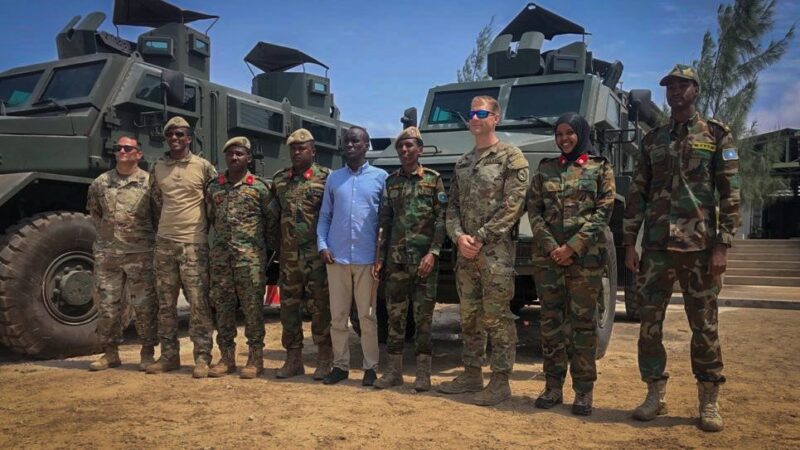 The Puma M36 Mk 6 armoured vehicles and it’s associated equipment were turned-over to SNA-Danab forces July 6 in a ceremony attended by leaders in the Somali Defense Forces.

Since 2020, the United States have been providing close quarter combat training to the Danab forces in Mogadishu, Somali capital.

The Somali army, with support of peacekeepers under the African Union Mission in Somalia (Amisom), has been waging an intense operations in Hirshabelle and Galmudug States in Central Somalia to dislodge the al-Shabbab jihadists ahead of elections in the coming 3 months.