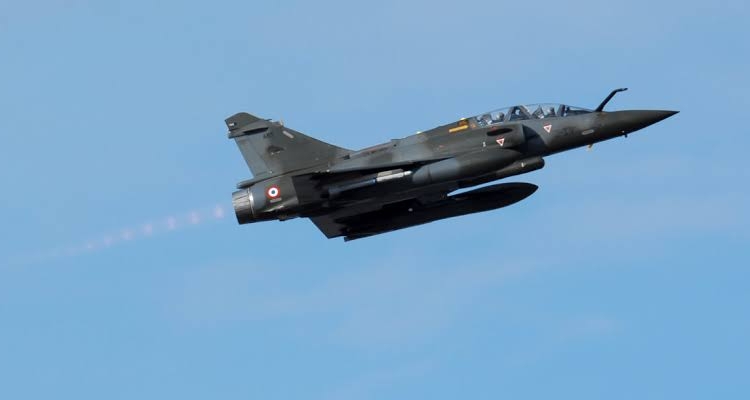 A French Air Force Mirage 2000 fighter jet crashed on 20 July 2021, during a support mission in the Hombori region of Mali, near the border with Burkina Faso.

The Mirage 2000 aircraft which belongs to the 3rd Fighter Wing of the French Air Force, took off from the projected airbase (BAP) of Niamey, in Niger.

The aircraft was conducting an air support mission for the troops of a Desert Tactical Group (GTD) in the Hombori region when it developed problems.

The Mirage 2000 jet crashed due to technical problems says the French military, and the crew had to eject over an uninhabited area.

A combat search and rescue team was immediately dispatched to recover the pilot who was then evacuated to the Gao airbase.

The combat search and rescue team was deployed aboard two NH90 Caiman helicopters and supported by two Tiger helicopters to provide security and recover the crew.

The wreckage of the plane was located by the Operation Barkhane force.

The French military says that it will initiate a technical inquiry to ascertain the cause of the accident however, the armed forces spokesman Colonel Pascal Ianni said that militant groups were not behind the incident.

Terrorist groups are not the cause of the problem”, Ianni said.

France is using the fleet to support its Opération Barkhane effort in Mali, carrying out both intelligence and offensive missions against militants.

In 2016, France’s DGA defense procurement agency contracted Dassault to provide a mid-life upgrade to 55 of the French air force’s Mirage 2000D ground-attack aircraft. These will take the fleet’s service life “beyond 2030”.