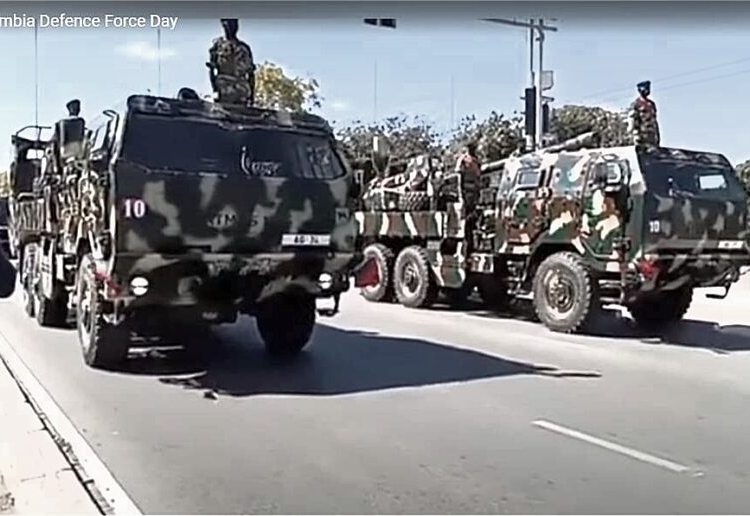 The Zambia National Defence Force is now operating a diverse range of weapons and military equipment which were previously unknown to be in it’s inventory.

These new weapons were paraded during the country’s national defence day also known as the Armed Forces day -which was last held on 13 June.

In a speech during the ceremonial parade, Zambia’s President Edgar Lungu said “In the past the Zambia Defence Force Day has been commemorated by way of sports competitions among the defence force wings. However, today, the event is unique as a military parade has been put up comprising a march past, a drive past of military vehicles and equipment, and fly past by the Zambia Air Force.”

“The acquisition of this modern equipment is a long time investment and at great cost to my government and the people of Zambia. Therefore, I expect you to take care of this equipment by ensuring high standards of maintenance and safety.”

Also, six Elbit Systems Atmos M-46 self-propelled howitzers mounted on a 6×6 TATRA chassis with an armoured cab. These were not known to be in Zambian military inventory.