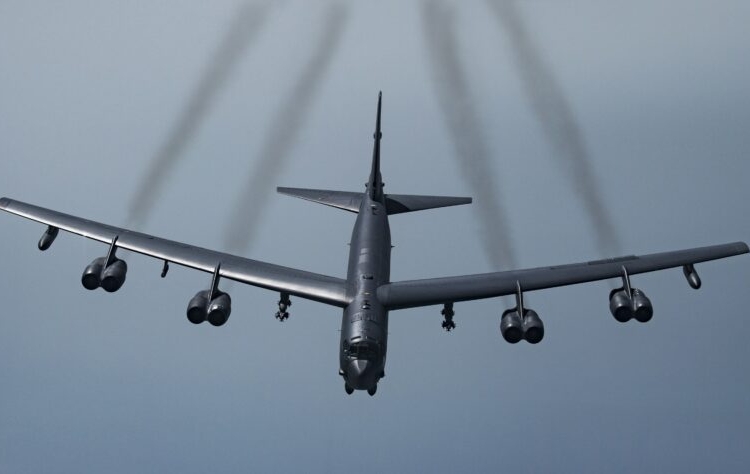 A United States Air Force (USAF) B-52H Stratofortress aircraft from the 2nd Bomb Wing, Barksdale Air Force Base, Louisiana, on 9 June completed a mission to the Gulf of Guinea and around the West African coast.

Operating out of Morón Air Base, Spain, the B-52H strategic bomber conducted a mission in support of Bomber Task Force rotation, the US Air Force said. The flight over parts of Northern Africa and all of Western Africa highlights the aircraft’s ability to operate in a variety of airspaces.

“Our commitment to our African partners and our relationships with them are only growing stronger,” said Lieutenant General Steven Basham, US Air Forces in Europe-Air Forces Africa deputy commander. “Today’s mission provided an important opportunity to test and establish vital lines of communication that are key to our future operations.”

“Bomber missions demonstrate US commitment to its partners and reflect the ability of our forces to address a global security environment that is more dynamic and challenging than ever,” the US Air Force said.

US B-52s have conducted operations over the skies of Africa this past few years, mostly as part of military exercises with allied forces. In September last year, two USAF B-52s—call-signs “Bush 11” and “Bush 12” from the US Strategic Command, flew south to the Mediterranean Sea in support of US Africa Command interoperability training mission under exercise “Just Hammer”.

The bombers linked up with four Moroccan air force F-16s to demonstrate maritime interdiction capabilities by hunting and intercepting the USS Roosevelt, which simulated a hostile vessel.

In another incident, a USAF  B-52H Stratofortress bomber flew off the Somalian coast this time as a show of force against Al Shabaab which has intensified its attacks in the region.  A B-52 bomber has a range of 14,162 km at a speed of 1,046 km/hr.