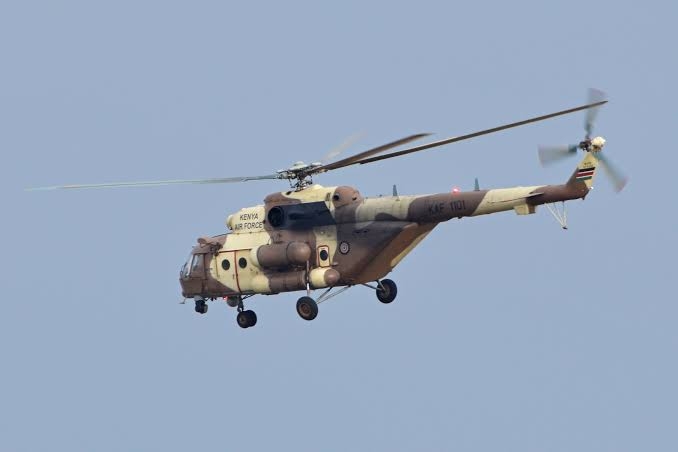 The Mi-171E, a variant of the Russian-made Mil Mi-17 helicopter crashed with a dozen of passengers on board, Kenyan police confirmed.

Locals and first responders said that the helicopter burst into flames soon after the crash, and Kajiado West police chief Muthuri Mwongera told local media that rescue efforts are underway.

The Kenyan Air Force is known to operate two Mil Mi-17 helicopter at the FOB Nyeri, 151 kilometers from Nairobi, which is the home of 53 Tactical Helicopter Squadron that flies the mi-171E alongside six Huey UH-1H helicopters and nine AS550C3 helicopters for security operations, combat search and rescue, casualty and medical evacuation.

Several Kenyan helicopters have been lost since the later part of the decade; in 2018, UH-1H-II serial KAF-1503, crashed and was written off.

Also, in 16 July 2020, a Hughes MD50E scout and utility helicopter of the Kenyan Army on 13 July crashed at Kithyoko, Ma halos County. The crash, killed both aircraft pilot, with the cause yet to be ascertained.