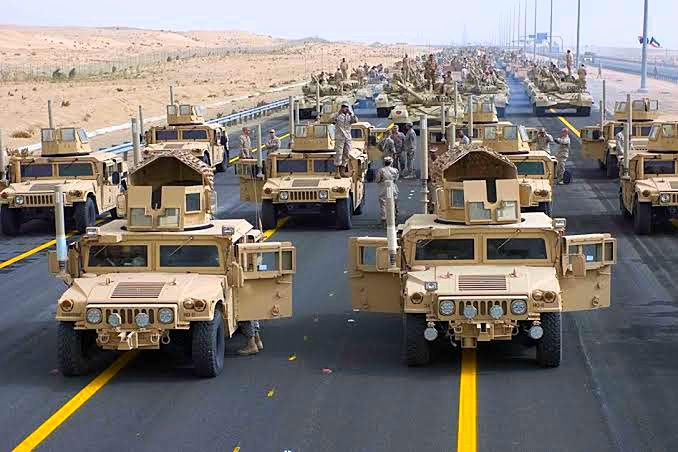 Egypt and American AM General have entered a partnership agreement to locally produce the (High Mobility Multi-purpose Wheeled Vehicle) HMMWV tactical vehicle.
A Memorandum of Understanding between AM General and the Egyptian Ministry of Military Production (MoMP) will facilitate Egypt’s development of its domestic military automobile industry.

“We look forward to applying our manufacturing and design expertise to help grow the Egyptian automotive industry.”

According to the MoU, the long-term partnership would establish a phased approach to investigate ways in which AM General can collaborate with the MoMP to develop and build tactical vehicles in-country.

MoMP and AM General will study the feasibility of developing an ‘in-country assembly and manufacturing’ capability which will enable the MoMP to replace and/or supplement its existing HMMWV fleet.

Also, the study will result in the development of a detailed plan to move forward with partnership agreement.

US Ambassador to Cairo Jonathan Cohen and the Minister of Military Production Mohamed Morsi witnessed the signing ceremony.

Morsi said during the ceremony that the deal comes as part of the ministry’s efforts to support local manufacturing and promote the use of modern technologies domestically, in addition to exchanging expertise with global companies in various fields.

AM General is a global provider of tactical vehicle and mobility systems, the company has exported over 300,000 vehicles in more than 70 countries.

Apparently, Egypt will begin mass production of the ST-500 LTV and the Sinai-200 IFV this year.