Bronco II selected for final phase of US Armed Overwatch 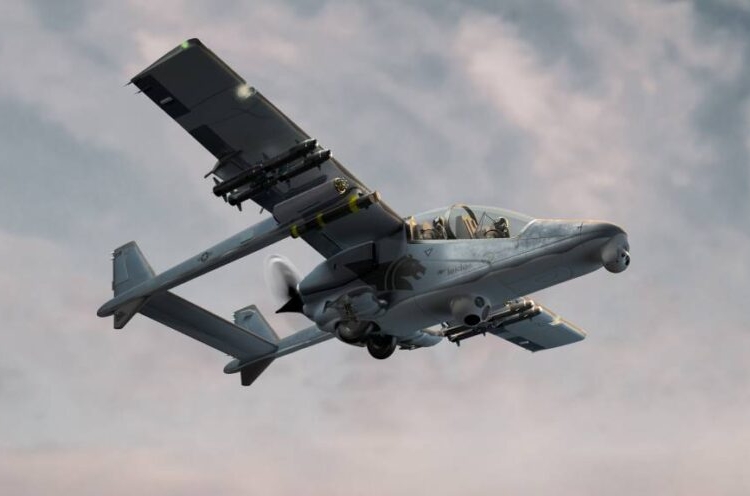 The Bronco II came to the spotlight recently when it was selected by the United States Special Operations Command (SOCOM) to participate in the Armed Overwatch flight demonstration.

Built for flexibility, the Bronco II is designed with an internal Interchangeable Multi-Mission System Bay (IMSB) which allows for a single airframe to be easily and rapidly re-configured to perform multiple roles.
The type is fitted with high-performance sensors, network communication systems, precision weapons, an electronic self-protection suite, and mission planning systems.

“Our team combines decades of experience both integrating and manufacturing cutting-edge airborne solutions for the warfighter,” said Gerry Fasano, Leidos Defense Group president. “We are thrilled to have been selected to compete in the final phase.”

“We believe that Bronco II is the definitive next-generation aircraft, which has been designed to be future-proofed against evolving operational requirements in the asymmetrical battlespace specifically inhabited by SOCOM,” said Ivor Ichikowitz, Chairman of global aerospace and technology company, Paramount Group.

“Vertex has a 50-year legacy of supporting warfighter missions,” said Ed Boyington, President and CEO of Vertex Aerospace. “Vertex’s highly skilled employees will assemble the aircraft and provide the final systems support integration and launch the Bronco II for customer delivery from our Crestview, Florida facility. We are proud to be an integral part of this team.”

Information received by Military Africa explains that SOCOM budgetted $101 million for the first batch with another $10 million per year for the next seven years. The command had also awarded a $19 million five fixed-price prototype project Other Transaction Agreements (OTAs) to five companies for prototype demonstrations in mid-2021.

Each company will fly four demonstration flights between 14 June and 23 July at Eglin Air Force Base in Florida.

If a prototype meets the requirements, the company could be requested to provide a proposal for a follow-on production award later in 2022.

Due to unclear reasons, SOCOM’s Armed Overwatch programme was halted in November last year, but flight trials and demostrations have since resumed after a review.

Meanwhile, back in South Africa, the AHRLAC development suffered some financial troubles, but a fresh cash injection amounting to ZAR1 billion (USD57.4 million) from Paramount Group last year appears to have put it back on track.

Mwari a version of the AHRLAC was reported to have secured its launch customer but nothing have been heard of the business since then.