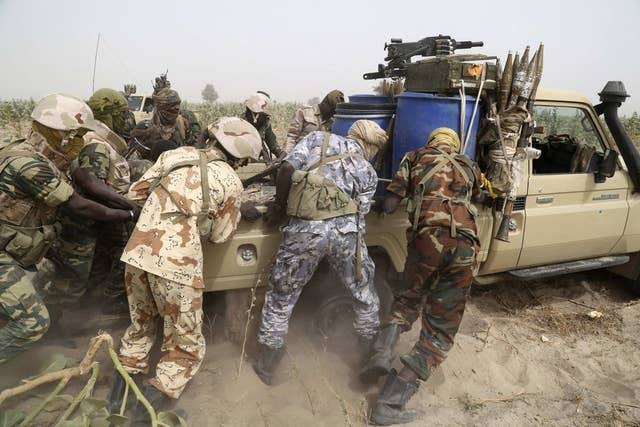 Some of Chad’s military equipment acquired from the Eastern bloc suppliers suffered significant attrition from the recent battles with FACT rebels.

Although, Chad’s desire to forego it’s traditional European suppliers for French and US arms may be linked to moves to reinforce the legitimacy of General Itno Déby regime and not really about the efficacy of the arms supplied.

This new plan of action comes after the near constant clash with the Front for Change and Concord in Chad (FACT) militia particularly as the rebels are now emboldened following the death of former strongman Idriss Dérby.

Also, the inability of Oumar Déby, brother of Idriss Déby, to commandeer two Mi-24 combat helicopters, two Su-25, and L-39 Albatross combat trainers which were being repaired in the Tbilisi Aircraft Manufacturing in Georgia, in time to participate in the combat against the Front for Change and Concord in Chad, FACT rebels contribute to this new move.

A 2008 civil war against Sudanese-backed rebels resulted in the destruction of over 20 of Chad’s 60 T-55 tanks, and the loss of a Mi-24 Hind gunship, which raided enemy positions near the border with Sudan.

The two Mi-24 combat helicopters, three Su-25, and L-39 Albatross combat trainers were damaged in a storm on 1 July 2017 that struck the air force’s main base.

Damaged aircraft included three helicopters; an AS-350 Fennec, a PC-12, a MiG-29 fighter, and two Su-25 attack planes. Most are yet to be repaired or replaced.

More recently, the to and fro running battle with the jihadist insurgent group Boko Haram, coupled with the numerous external operations and rising insecurity in the neighboring countries is overstretching the capacities of the Chadian armed forces, and also placing a burden on it’s fighting equipment.

Modernizing the Chadian military is part of General Mahamat Itno’s plan to ensure his regime survives, given the constant attacks and the rebellion which has been festering for several months in the eastern part of the country.

Two Mi-24D/Mi-25 combat helicopters acquired from Russia in 1997, and six Mi-24V/Mi-35 acquired from Ukraine in 2000 and 2008 have varying degrees of operability.
In 2013, China supplied at least 30 heavily upgraded Type 59G main battle tanks to Chad, intended to supplement the outdated Russian-made T-55 main battle tanks in use on the frontline.

America also donated two Cessna 208 ISR-configured aircraft in 2018, as well as a state of the art command and control (C2) Centre to aid and coordinate the ongoing counter terror operations.

In the same vein, early this year, France delivered at least nine ERC-90 Sagaie light tanks to Chad, to be used in it’s peacekeeping and counter-terror operations. The ERC-90 Sagaie are armed with a 90 mm main gun and two 7.62 mm machine gun.

In 2019, the Chadian government signed a contract with Nigeria’s Proforce Defence for the sale of twenty improved Ara (Ara 2) mine-resistant ambush-protected (MRAP) vehicles.

General Mahamat Itno Déby commands what is considered the region’s toughest security force, backed by French and American support, in the fight against militants linked to the Islamic State and al-Qaeda, who have killed thousands and displaced millions in their quest to destabilizing swaths of neighboring Nigeria, Mali and Niger.

Chadian soldiers deployed across the region while the country hosts some 5,100 French soldiers which are part of operation “Barkhane”, a counter-terror mission. Chad is also a major troop contributor to the G5 Sahel, a regional force fighting the extremists.