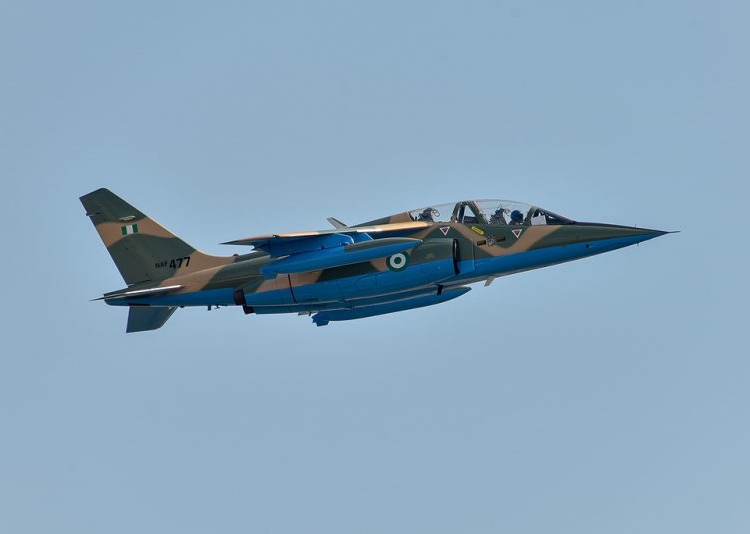 A Nigerian Air Force (NAF) Dassault Dornier Alpha jet trainer and light attack aircraft on routine mission in support of troops of the Theatres of Operation in the Northern part of Nigeria has crashed.

The Nigerian Air Force authorities lost radar contact with the Alpha jet in the late hours of Thursday, 31 of March during an attack run against jihadist forces in Maiduguri, the Borno State capital.

So far, efforts are currently ongoing to locate its whereabout. The NAF is yet to ascertain the cause of the mishap, if its human error, mechanical failure, or enemy action.

The CAS, Air Marshal Oladayo Amao, arrived Maiduguri this morning 1 April, and was briefed on ongoing search and rescue efforts in connection with the missing Alpha Jet aircraft.

Efforts to dislodge the terror sects in the northern parts of Nigeria has seen the NAF engaging in multiple aerial offensive, this may have likely put a strain on the men and materiel of the Aerial branch.

These, the Nigerian Air Force Chief said is to further its sustained efforts to boost Air Power employment capability against insurgency and other security challenges.

In February, a Nigerian Air Force Beechcraft King Air B350 aircraft (NAF 201) aircraft crashed while returning to the Nnamdi Azikiwe International, Abuja from Minna Airport after reporting engine failure.
Six persons on board, including two crew, has been reported dead.