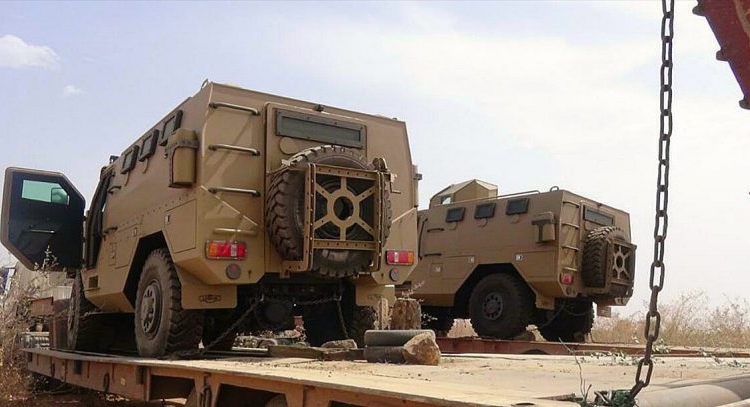 Recent photographs released by Islamic State West Africa (ISWAP) shows two brand new Isotrex Legion MRAPs captured from a Nigerian Army convoy, which was delivering them to an Army base in Mainok, Nigeria.

Mainok is about 60 kilometres west of Maiduguri, the Borno State capital.

An ISWAP multi-pronged attack on Monday, 26 on one of the Nigerian military bases at Mainok, Borno State claimed one officer and six soldiers, say the Nigerian Army.

And according to local sources, the terror groups disguised in military convoy gained access to 156 Task Force Battalion’s position in Mainok and opened fire on the defending troops.

Later, the terror group attempted to access the armoury, but they were successfully repelled.

The two Isotrex Legion armoured vehicles were captured enroute to their operating area in Mainok to support the ongoing counter-terror offensive.

A Scorpion FV101 light tank was also reported to have been captured earlier.

In February 5, 2020, the Nigerian Ministry of Defence (MOD) placed an order for 60 Legion MRAP, fitted with DSHK Guns, Codan HF Vehicular Radio and Automatic Turret with Pre-Shipment Inspection; and 24 Phantom II APC complete with spares, training and maintenance worth $43.68m.