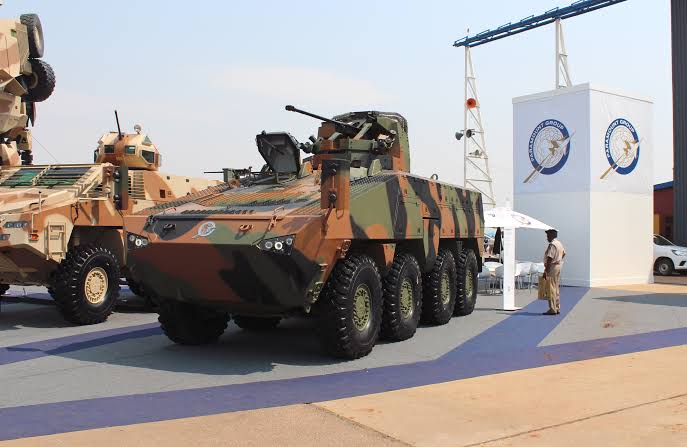 “We are very pleased to strengthen our presence across the Middle East. This comes at a historic moment as the geopolitical landscape is shifting. The region has begun to speak with one voice. Countries share similar challenges to security and have a common interest in stability. We see similarly, unique opportunities to address those challenges while bolstering those nations’ indigenous aerospace and defence industries alongside our partners, serving as a proponent of their economic growth.” Clifford Dewell, Senior Vice President of Paramount Group, stated during the International Defence Exhibition in Abu Dhabi last week.

Paramount’s customers in the Middle East and the wider European Markets can now benefit from the direct point of contact through the new Israeli branch office, based in Tel Aviv’s Central Business District.

According to Paramount Group, for over 20 years, the defense company has established itself as an important player in the Middle East. The defense company maintains a strategic presence in both Abu Dhabi, and Dubai in the United Arab Emirates.

Burnham Global specializes on capacity-building training and mentoring for armed forces in areas such as counter-terrorism and counter-IED training, staff officer training, and border security development has gathered experience in European, UK, and US-funded projects in Lebanon, Jordan, and Uganda.

“While no two countries have ever shared exactly similar operational requirements, we at Paramount pride ourselves on developing customised solutions to meet operational requirements. Our industry is serving as an incubator for some of the most important technologies and breakthroughs that have impacted society over the last century”. Dewell added.

In 2019, Paramount Group’s CEO Ivor Ichikowitz announced that it will focus its business activities in the Middle East and North Africa (MENA) region.

MENA countries are a big focus for the company and much of its product development is based on specifications from clients in the region.

“We’ve seen a lot of our growth coming from Mena,” he said. “A lot of our product is evolving based on current operational requirements from the region.”

With its new Israeli office, Paramount is now poised to benefit from the recent United State’s sponsored Abraham Accord, as well as the improved relations between the Republic of Israel, the Kingdom of Bahrain, and the United Arab Emirates (UAE).

The removal of UAE-Israel trade restrictions facilitated by the Abraham Accord is expected to generate business in excess of $4 billion in the next three years.

“Paramount Group is committed to building indigenous capability and provide economically sustainable defence solutions to regional defence organisations. Its technologies address the need for combating evolving asymmetric conflict due to its experience in the African market,” the company said.

“For the last 27-years, we have experienced asymmetric conflict in Africa, which presents several challenges for regional armed forces. Our technologies are designed specifically to combat these evolving threats. This experience has equipped us with battle-proven technologies that are seeing an increasing demand in the Middle East. Any country that invests in these technologies will be investing in creating and nurturing a culture of innovation,” Dewell concluded.