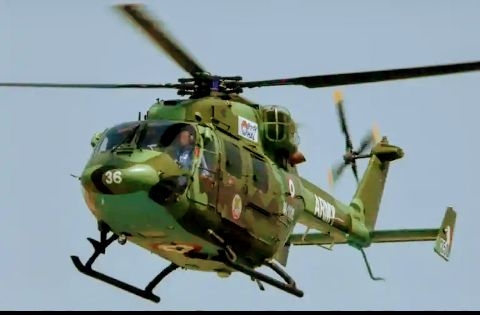 Mauritius is set to receive a $100 million fund from India to procure needed security equipment for its Coast Guard.

Meanwhile, India is at the final stage of donating a Dornier 228 light transport aircraft a single Dhruv helicopter to Mauritius. These will help the sub-tropical island nation boost its maritime surveillance capabilities.

While speaking about the funds, Indian External Affairs minister S Jaishankar praised the gesture, stating that the strengthening of the economic security partnership would benefit both countries.

Also, Mauritian Prime Minister Jugnauth hailed the move, saying that the additional defence equipment would help the coastguard to secure the country’s territorial integrity and support the rule of law and freedom of navigation in international waters of the South-West Indian Ocean.

Over the past few years, India has been strengthening its relationship with Africa nations in a bid to offset growing China assertiveness in the continent.

India is building what appears to be a large military air and naval base on North Agalega island 1,100 km North of Mauritius. According to recent Google Earth imagery, the construction is big enough to handle Indian Navy’s P-8I maritime patrol aircraft, while it’s two jetties could berth capital warships.

India also donated a Dornier Do-228 light transport aircraft to Seychelles in Seychelles Coast Guard. The aircraft will be used for coastal patrols. A 50 m fast patrol vessel (FPV) built by the Garden Reach Shipbuilders & Engineers (GRSE) will be delivered before the year ends.

The Indian Navy is building an Ocean-wide coastal radar surveillance network with bases in littoral states that include Mauritius, Seychelles, Madagascar and the Maldives. It’ll comprise of 104 static coastal surveillance radar stations in friendly African and Asian states.