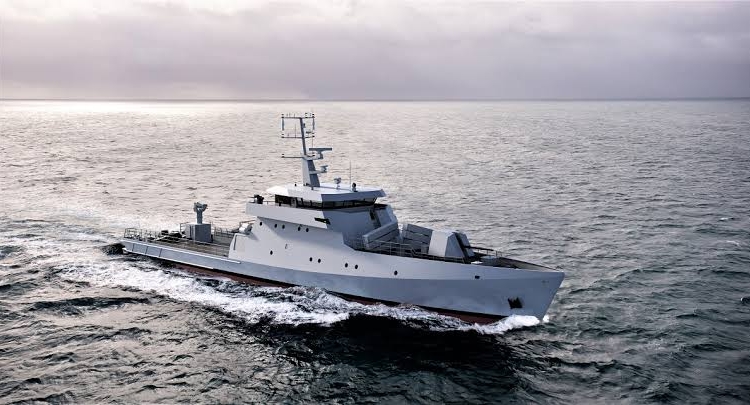 Engine manufacturer MAN Energy Solutions has been contracted to provide engines for three OPV 58 S patrol boats being built by France’s Piriou group for the Senegalese navy, as well as for two Israel Shipyards vessels ordered by Ivory Coast.

Designed with a high-efficiency MAN turbochargers featuring an integrated lubrication system with electrical pre-lubrication, and high- and low-temperature split cooling circuits with integrated pumps and thermostats. The advanced MAN SaCoSone safety and control system ensures safe monitoring, control, and operation of the engine. The MAN 175D is optimized for high-speed marine applications.

In November 2019, the Ministry of Armed Forces of Senegal and the PIRIOU group in the presence of the President of the Republic of Senegal and the French ministerial delegation signed a contract to purchase three offshore patrol vessels dedicated to the Senegalese navy.

The OPV 58 S Offshore Patrol Vessel is a 62m versatile, with high endurance and robust patrol vessel which can handle missions such as surveillance and sea control.

According to Piriou, construction would take place over 44 months, and conclude in mid-2024, with first deliveries from 2023. Construction of the hulls will be divided between Concarneau and Lanester, near Lorient, where the Kership shipyard – a partnership between Piriou (55%) and Naval Group (45%) – is located.

In 21 October last year, Piriou held a steel cutting ceremony for the first of three Offshore Patrol Vessels (OPV) for the Senegalese Navy.

The steel cutting event took place at PIRIOU’si facility in France, and was attended by General Birame DIOP, Chief of General Staff of the Armed Forces of Senegal and Admiral Oumar Wade, Chief of Staff of the Navy of Senegal.

The OPV 58 S vessels are part of a Senegalese Naval fleet recapitalization process following increased maritime security challenges across Africa.
This procurement and acquisition plan will be unveiled to the international public during the Africa Maritime Security Forum (AMSF 2020) held between 20th – 22nd January, 2020 in Dakar, Senegal.

On the other hand, two Israeli-built OPV 45 offshore patrol vessels were purchased by Alassane Ouattara, the Ivorian President through a clandestine deal with Israel at an undisclosed price.

In July last year, Israeli Shipyards announced that it has delivered two 45 meters OPV 45 patrol vessels to an unnamed customer in Africa, the business is said to include the ongoing support and training as well as the creation of a maintenance programme within the framework of the company’s Integration Logistic Support (ILS) services.

It can be armed with a variety of weapons such as a stabilised naval gun systems of up to 30 mm on the foredeck and 12.7 mm machineguns on both side of the vessel.

An optional Israeli-made day/night observation systems as well as a stabilized weapon systems is available.