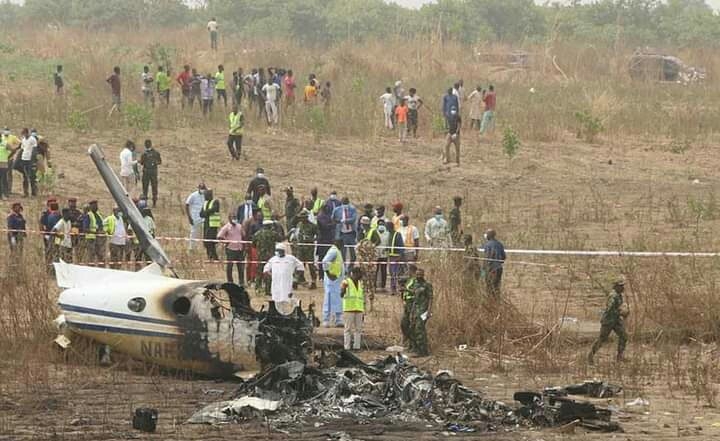 Six persons on board, including two crew, has been reported dead.

Military Africa gathered that the aircraft was on a mission to try to rescue 42 people, including students and staff abducted from their boarding school in the town of Kagara on Wednesday, when it turned back following engine failure.

The Beechcraft King Air B350 aircraft is used both as a light transport aircraft and as an Intelligence, Surveillance and Reconnaissance (ISR) aircraft in the Air Force.

The Director of Public Relations and Information, NAF Headquarters, AVM Ibikunle Daramola, confirmed the accident in a statement on Sunday in Abuja.

Consequently, the Chief of Air Staff (CAS), AVM Oladayo Amao, has ordered an immediate investigation into the incident.

“CAS, on behalf of all NAF personnel, commiserated with the families of the deceased,’’ Daramola stated.