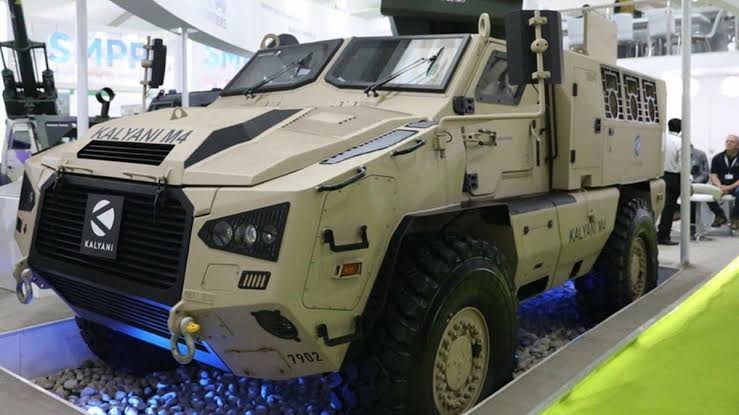 To further its ‘make in India’ drive, the Indian Ministry of Defense has ordered the Kalyani M4 4×4 armoured vehicles for its troops.

The business which is worth about Rs177.95 crore ($24 million) was revealed by Bharat Forge Limited to the Indian Stock Exchange.

Paramount Group and India’s Bharat Forge Limited agreed on building the Mbombe 4 armoured vehicle in India as the Kalyani M4. The agreement was signed at the International Defence Expo (IDEX) held in Abu Dhabi.

In February 2020, at the DefExpo in India both companies unveiled the Kalyani M4/Mbombe 4 and Kalyani Maverick. The United Arab Emirates is the launch customer for Mbombe 4 armoured vehicle, with four vehicles ordered in 2019.

The Kalyani M4 armoured vehicle competed against Indian-designed and built 8×8 Tata Kestrel (also known as the WhAP – Wheeled Armoured Platform) and several other platform including Maverick APC from Paramount and the Werewolf mine-resistant ambush-protected vehicle from Namibia-based Windhoeker Maschinenfabrik after a request for information issued by the Indian Army in November 2019.

The Kalyani M4 will be built at Kalyani’s Pune plant. According to Paramount, the Kalyani M4 is a multi-role platform, designed to meet the specific requirements of armed forces for quick mobility in rough terrain and in areas affected by mine and IED threats. It offers ballistic and blast protection – up to 50kg TNT side blast or IED/roadside bombs.