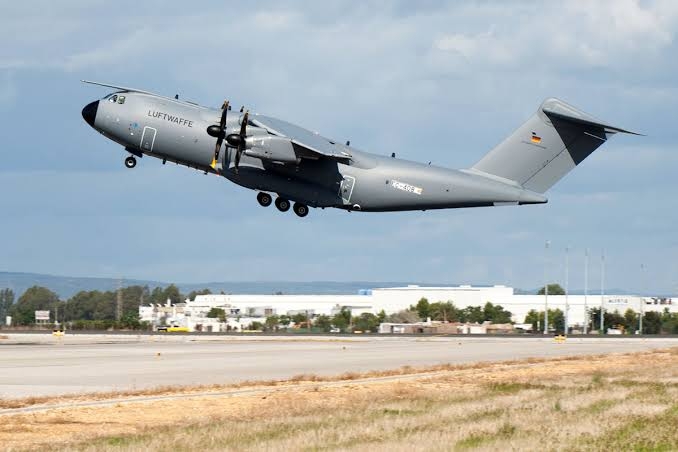 Berlin intends to upgrade the logistics hub in Niamey supporting the United Nations Multidimensional Integrated Stabilization Mission in Mali (MINUSMA), as well as deploying an A400 strategic airlifter to further improve on logistics.

Berlin believes this logistics hub Berlin is essential for the deployment of troops and the delivery of equipment to the North of Mali. Germany is also building an officer training school in Niger and expanding the military section of the capital’s airport.

Germany together with France supports the G-5 Sahel regional counter-terrorism military alliance that is made of Niger, Mali, Mauritania, Burkina Faso and Chad.

The G-5 headquarters of the regional force is located in the Nigerien capital, Niamey. In 2017, during the construction of the logistics hub, German defence minister Ursula von der Leyen in said “in the long-term, Germany wants to see the region attaining capabilities to provide its own security to stop the advance of Islamic extremism.”

Since 2013, the Federal Republic of Germany has provided a total of nearly $31.6 million in financial support. In March 2017, Berlin deployed four combat and four transport helicopters and up to 350 additional soldiers to Mali.

As of today, German soldiers in Mali has surpassed 1,000, where they conduct counterterrorism training and armament programmes for Malian Army and police.
Germany which was involved in the MINUSMA mission from the outset is the fourth-largest contributor and with personnel on the ground.

In July 2019, Germany has donated 29 Casspir armoured personnel carriers and other equipment including 4,100 bullet-resistant vests, 4,300 combat boots and 2,700 ballistic helmets to Mali.

Late last year, Germany’s troop deployment to Mali was extended until 2021 under a mandate approved by the Bundestag. This development comes at a time when France indicated its intention to withdraw its troops deployment in West Africa. The troops drawdown will make France focus on its Special Operations Task Force “Takuba” commitments.

The Czech Republic parliament has approved it’s own military pledge and would soon deploy it’s own contingent, while a 150-man Swedish contribution are preparing to be deployed in 2021. Netherlands plans a minimal contribution, while Italy hasn’t announced its deployment timetable.

Denmark has provided two EH101 helicopters, while SOF components from Belgium, Estonia, Portugal, and France will make up the bulk of the task force on the ground.