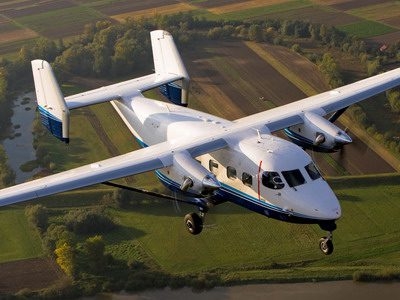 The first of three C-145A Skytruck twin-engine light cargo and passenger aircraft has arrived Kenya from the United States.

Kenya requested for six C-145A in August 2016 from the United States surplus stock, under the Excess Defense Articles (EDA) programme.

The US subsequently allocated three C-145As to Kenya on 15 August 2016, with a pricetag of $9 million excluding the $30 million spent on their acquisition.

Also, in September 2019, Kenya Air Force pilots and loadmasters were sent to Hulburt Field, Florida to be trained by airmen from the US Air Force’s 818th Mobility Support Advisory Squadron and 492d Special Operations Wing.

In 2015, AFSOC retired eleven C-145As, donating two to the Estonian Air Force in 2019, three to Kenya, Costa Rica and Nepal receiving two aircraft each. At least five aircraft are still in service of the AFSOC for CAA aircrew training.

The C-145A Skytruck is a variant of PZL M28 Skytruck light twin-engine aircraft manufactured by Polskie Zaklady Lotnicze (PZL) Mielec, a Sikorsky company, based in Poland. Which in turn is a licence-built version of the Antonov An-28.