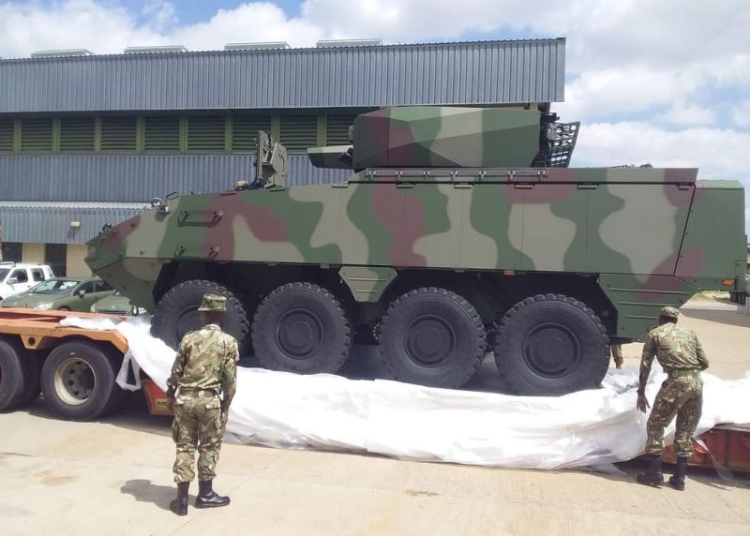 Additional Mowag Piranha 8×8 armoured vehicles have been supplied to Botswana, as part of a 2016 order.

In May 2016, the Ministry of Defence of Botswana placed an order for 45 Piranha 8×8 armoured vehicles made by General Dynamics Switzerland.

The 2016 order comprises of several other military equipment including a Unimog-mounted Mistral Coordination Post, a Panhard VBL armoured vehicle fitted with what appears to be a Mistral launcher assembly, a VL MICA missile transporter-erector-launcher truck and a VL MICA truck-mounted radar or command post vehicle

In May last year, the first batch equipment were delivered overland via Namibia. The shipment arrived in small batches over the past few years, and in convoys just like those seen last year.

Botswana is already operating Piranha III vehicles, 45 of which were delivered from 2003 (according The Military Balance 2013).