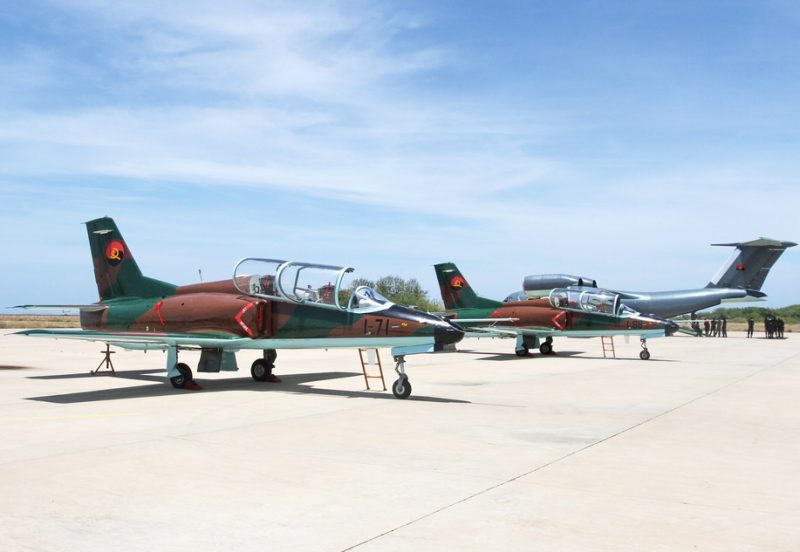 The aircrafts acquired from China’s CATIC via Simportex, arrived the country in 14 December last year at Catumbela.

The National Air Force of Angola (FANA) place an order for twelve of the type in 2018 for advanced pilot training.

The first six K-8W Karakorumn arrived Angola in January 2020, since then, they had accumulated a total of 1,770 flight hours in 1,265 flights. A photograph published by China National Aero-Technology Import & Export Corporation (CATIC) in March 2019, confirms the delivery. Aircraft 1-65 is one of the first six aircraft to be delivered.

According to the Angolan defence minister Joao Ernesto dos Santos, he believes that the new aircrafts are a ‘huge investment’ needed to strengthen the country’s military.

It is expected that the Angolan Air Force (FANA) will operate the K-8 as a lead-in trainer for the recently acquired Su-30K/KN multirole aircraft (former Indian Air Force) and its small existing fleet of Su-27s, or as a light attack aircraft as well as to complement its aging fleet of L-39Cs.

CATIC representative Yuan Mu said his company would also be supplying another two MA60 transport aircraft, and support equipment, to Angola, which received two MA60s in 2019.

China has already sold a number of K-8s to African countries, including Zambia, Zimbabwe, Tanzania, Sudan, Ghana, Egypt, and Namibia.