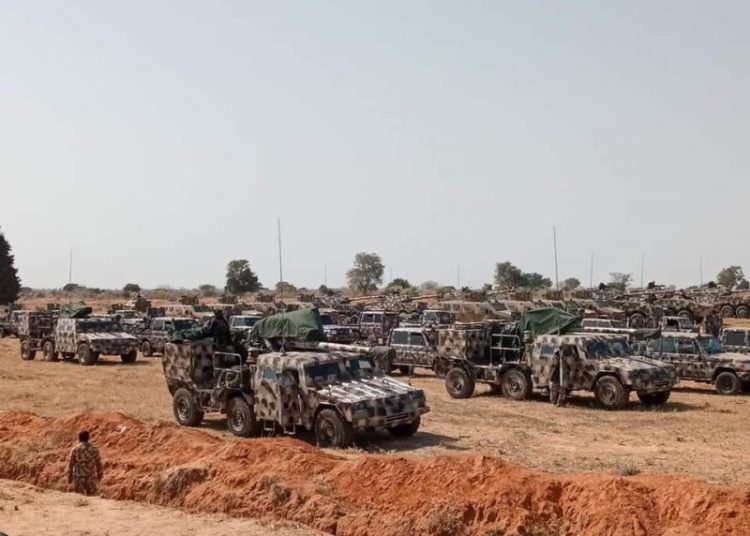 It appears that the last days of terrorism is nigh at hand in Nigeria, as the Nigerian military has commenced a massive ground and air offensive to dislodge the dreaded Boko Haram and ISWAP sect from their last stronghold.

The buildup of these enormous firepower is a clear demonstration of the Nigerian Chief of Army staffs’ desire to “disgrace and humiliate” Shekau and his band of rebels this new year. “The operation is meant to be theatre-wide, targeting known insurgents’ enclaves-hideouts for neutralization and clearance.” Said Major General NE Angbazo, Chief of Training and Operations at the 27 Brigade Tactical Headquarters Buni Gari, Yobe State.

Above all, the objective of the offensive is to create a safe environment where displaced citizens can move about freely, conduct farming and business activities without fear of harassment. So far, the campaign has already scored several milestones, with images being published on social media by frontline troops shows multiple neutralized enemy combatants well as destroyed guntrucks.

Not to be left out, the Nigerian Air Force also conducted deep interdiction airstrikes in the area using its legacy Alpha Jets, L-39ZA, and Mil Mi-24/35 attack helicopters, which resulted in debilitating damage to the terror sect.