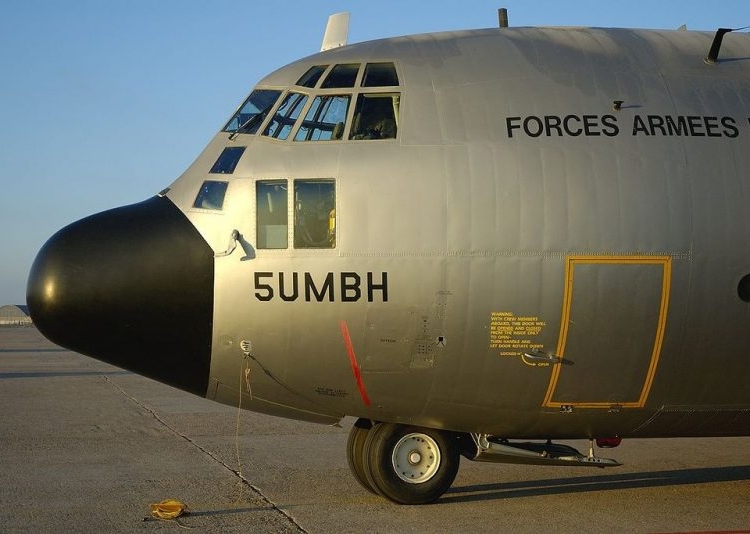 The United States Government has delivered a C-130H Hercules transport aircraft to Niger Republic on 4 January.

The C-130H Hercules aircraft (5U-MBH) was received by Niger’s military officials at a ceremony held the same day at the Air Base 101 in Niamey.

During the ceremony, Whitaker said “As Niger strives to establish peace and security in the region, I am certain that the Niger Armed Forces, along with the C-130 which has just joined its air fleet, will continue to position itself as a model both in terms of operational efficiency in the theatre of operations, and in the professionalism with which airmen and soldiers behave whether or not they are in service.”

Apparently, for over half a decade, the United States has invested more than $30 million in the development of the Niger Air Force’s C-130 programme including a training component, purchase of spare parts, infrastructure, fuel and support equipment.

“The C-130 provides vital logistics capabilities for national defence which spans seven borders with neighbouring countries. In addition to supporting Niger in the return of the C-130, the United States of America has invested in crew training and infrastructure. Ambassador Whitaker pointed out that the United States has trained 16 Nigerien pilots, 19 maintenance personnel, five baggage handlers and a flight engineer. In addition, the United States has injected more than $17 million in the acquisition of critical infrastructure including the renovation of a hangar for the C-130 at Air Base Number 201 in Agadez,” the US Embassy said.

“Standing side by side, US and Nigerien forces have come together to advance mutual security and trust. We thank from the bottom of our hearts the many ways our two nations work together. Today’s C-130 handover ceremony is a cornerstone in increasing our strong partnership and interoperability in the actions of our two air forces,” Barret said.

Nigerien pilots underwent training on the C-130 in the United States, with the first female pilot in the Nigerien Air Force completing her six-month training in April 2020. In January 2020 the United States military’s Africa Command handed over a new C-130 hangar, worth $7 million, at Air Base 201 near Agadez. The construction of the hangar was funded by the Department of State.

“The hangar will ultimately shelter up to two C-130 mobility aircraft, recently purchased by the Nigerien Air Force from the United States,” Africa Command said at the time. “Since 2016, the US had invested more than $60 million in ‘total package support’ to Niger’s C-130 programme that will include a team of maintainers and training fuel upon arrival of the first aircraft.”

The new aircraft will join another C-130H delivered in 1979. In April 1997, another Hercules crashed in killing 14 people.

Around 2013 and 2015, the US supplied four Cessna 208 Caravan aircraft from the United States, with two configured for surveillance.