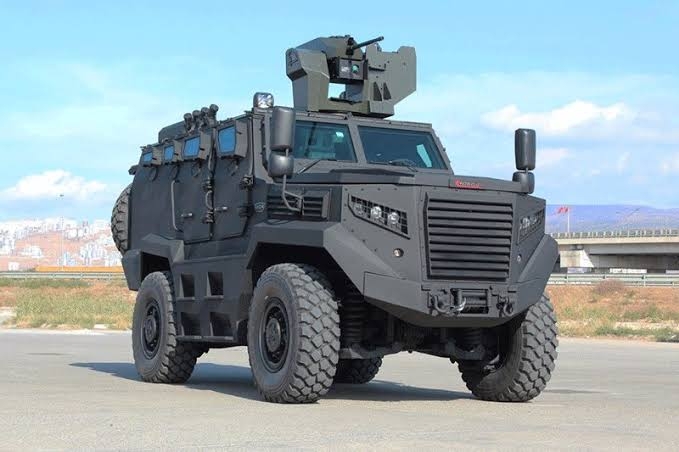 Turkish company Katmerciler is set to deepen it’s ties with African countries as it is reportedly finalising a deal with the Kenyan Ministry of Defence to supply 118 Hizir armoured vehicles worth around Sh7.7 billion ($69 million).

The acquisition was cleared during a Tuesday procurement board meeting at the Department of Defence (DoD) after the board reportedly approved the single sourcing of the HIZIR Armored Personnel Carriers (APC), after meeting the User Specifications Requirements (USR) set by the Kenya Army.

Three companies had applied for the contract to supply vehicles to Kenya, including firms from South Africa and North America but only Katmerciler met the user specifications.

Katmerciler also confirmed the vehicles to be supplied will be a new upgraded variant that’ll debut at an exhibition in August. And they aim to complete delivery in 2 years.

The Kenyan Army operated a varied array of armoured vehicles consisting of Puma M26-15, WMZ 551BSI, Mamba MK5, Bastion and CS/VP 14, all introduced into service between 2010 and 2019, and will deploy the Hizir vehicles for counterterror operations against the al-Shabab militant group.

The Hizr armoured vehicles will be used to replace battlefield casualties and ‘to mitigate shortcomings in force protection, firepower, and mobility in a changing security environment.’

This new business, highlights the growing penetration of Turkeys defence products in the African continent. Last year, at least 15 vehicles of the same type was exported to Uganda, which was used during their just concluded election in January 2021. This was the types first export sale.

In December 2020, Turkey and Tunisia signed a $150 million contract for the sale of dozens of Turkish-made defense equipment, including BMC’s Kirpi MRAP vehicles and Nurol’s Ejder Yalcin armored combat vehicles.

The Hizir armoured vehicle recently entered service with Turkey’s military. It can carry nine personnel, including driver and commander. The vehicle has a gross weight of 16 tons and has a V-hull monocoque chassis to increase vehicle survivability against landmine and IED. It is powered by a Cummins six-cylinder diesel developing 400 hp, giving a top speed of 110 km/h and range of 700 kilometres.

The Hizir comes in several configurations including combat, command and control, CBRN, weapon carrier, ambulance, reconnaissance and border security. It can be fitted with an Aselsan SARP turret with machineguns or an automatic grenade launcher.