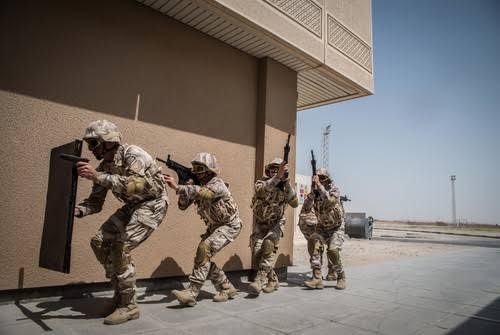 The Turkish army has started providing commando and counter-terrorism training to 150 Somali National Army soldiers in terms of the defence and security cooperation agreement between Ankara and Mogadishu.

In a statement, the Turkish Ministry of Defence said the SNA force is undergoing training at the Counter-Terrorism Training and Exercise Centre in Isparta province.

“We are providing basic commando training to 150 guest military personnel from Somalia. The training, which began on December 21, is continuing as planned,” the statement said.

The recruits received initial training at the Turkish Army’s Turksom military base in Mogadishu before proceeding to Isparta in Turkey where they are expected to undergo three months of further training.

In 2017, Turkey and Somalia signed a wide-ranging military partnership deal that led to Turkey opening it’s biggest external military base in Mogadishu.

Since then, Turkey has trained at least four SNA batallions which translates to at least 2000 men. Turkey has committed itself to train and equip at least 5000 special forces to strengthen the 16 000-men strong SNA.

The British Army is also providing leadership and special forces training to the SNA as part of an international effort to stabilise the country that has been ravaged by war and political instability since 1991.