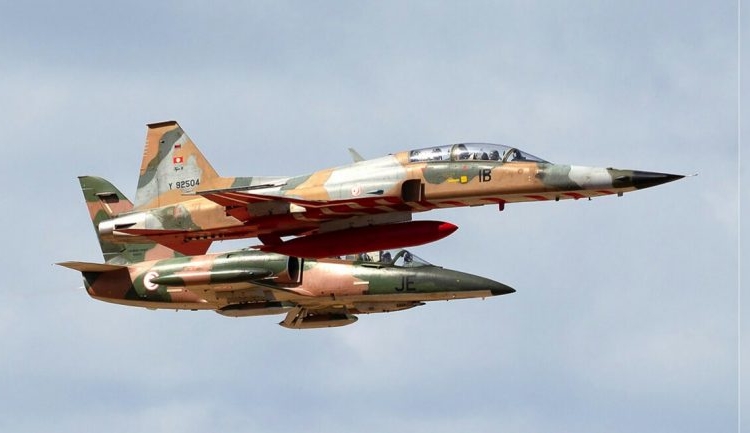 Plans to bring the combat capacity of the Tunisian Air Force to modern standard is being unnecessarily delayed by the United States.

Tunisia had formulated an ambitious plan to enhance it’s aerial warfighting capability through modern training regime, and last year, initiated talks with the US to acquire a dozen Beechcraft T-6C Texan II next generation training aircraft from Textron Aviation for $234 million.

The sale of the training aircraft which is part of a proposed United States’ Foreign Military Financing programme, of $500m which Tunisia requested through a letter of request in 2019 but has not yet been released has remained stagnant.

Although, the aircraft sale was approved since October 2019, but the delay in implementation is forcing the Defence minister to lose patience with the US.

Now, the Tunisian military leadership led by Defence minister Brahim Bertégi is mulling on forgoing US aid and directly financing the purchase of 8 planes instead of the 12 initially planned.

The cause of the delay can be traced to the fact that the Trump administration has not yet released the necessary funds, and President-elect Joe Biden might perceive the sale as low-priority after he takes office in January. This could probably make the sale happen in several months time or even in early 2022.

The Tunisian Air Force is currently in dire need of new capable platforms as its current fleet are falling apart. Its 12 Aero Vodochody L-59T Super Albatross advanced trainer and light attack aircraft is approaching the end of its service life, and will have to be retired in the coming years. And only four of its twelve 1960s Marchetti SF.260 propeller training aircraft are still operational. It’s combat fleet are also not doing so well, only 3 out of 12 F-5 fighters are still in service after one crashed in October.

In March this year, a similar request for the sale of four AT-6C Wolverine light attack aircraft from the United States worth $325 million to plug the gap in ground attack and strike capability when fight insurgents.

The AT-6C wolverine aircraft features enhanced targeting capabilities via its MX-15D multi-sensor suite with colour and infrared cameras, laser designator, laser illuminator and laser rangefinder, and will improve Tunisia’s ability to “meet current and future threats by increasing their capability and capacity to counter-terrorism and other violent extremist organization threats. The AT-6 platform will bolster their capability to respond to and engage threats in multiple areas across the country” says the US Defence Security Cooperation Agency when notifying Congress of the possible sale on 25 February.

Defence minister Brahim Bertégi on 20 November, proposed to parliament’s defence committee a $140 million to buy eight planes instead of the dozen envisioned under the US financing scheme.

This move could offer non-American companies opportunities to introduce their own aircraft such as Brazil’s Embraer with its Super Tucano, Germany’s Grob Aircraft with its G120TP, and the Czech Aero Vodochody with its L-39 NG.

With the recent increase in its military budget, which has increased almost fourfold since 2011 and should exceed $1bn for the first time in 2020, Tunisia is planning to purchase new frontline fighter jets, to replace the F-5 fleet. SAAB’s JAS 39 Gripen, Lockheed Martin’s F-16, Aero Vodochody’s L-39NG are in the lead for the contract.

The F-5s are the backbone of the Tunisian Air Force, and it is the country’s main air defense aircraft. It is flown by 15 Squadron from the Air Force’s Bizerte-Sidi Ahmed airbase.

In October, Tunisian Air Force F-5s participated in an exercise with the Moroccan F-16s, USAF B-52 bombers, and US Navy destroyer.