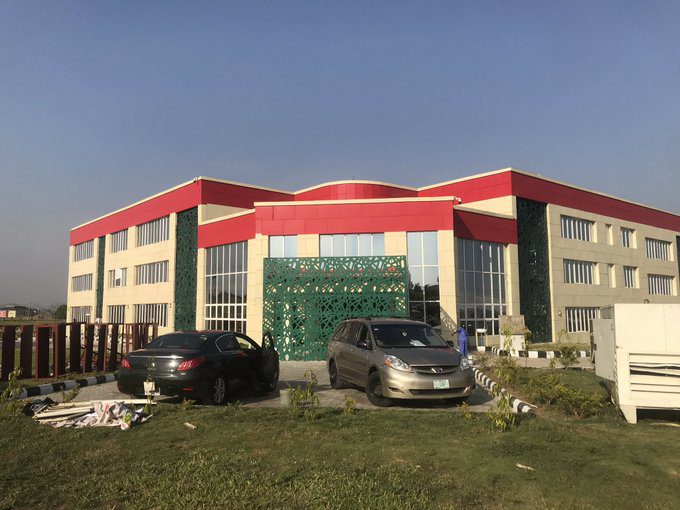 The Fifth Dimension Operations entails the application of holistic approach to warfare that uses the three know warfare dimensions such as land, sea and aerospace but also incorporates the temporal and cyber dimensions of warfare. This approach as explained in the Bunker’s theory was employed by the BlackFor’s in exploiting BlueFor’s weaknesses while maximizing it’s limited areas of technological capability. This is due to the fact that BlueFors military capability in superior technology and advanced weaponry are all dependent on digital assets.

Statistically according to Cybersecurity Ventures, Cyber Crime is currently the 3rd biggest economy after the U.S. and China, deduced from the rising losses put at $10.5trillion by 2025. This figure keeps growing at 15 percent per year, up from the $3 trillion USD it was in 2015. Recently in the just concluded 2020 Beacon of ICT Lecture/Awards, Dr. Obadare Peter warned stakeholders in ICT sector to be ready for what he called an impending Cyber Pandemic.

In my opinion, this movement is already in motion as one could not but believe, knowing the fact that a data dump of biometrics, financial and bio data including passwords in plain text format of the Nigerian Police force was recently exposed to cyber criminals during the ENDSARS protest. Some of the hacktivists and cyber criminals who claimed responsibility for these attacks are experts in social engineering techniques and post exploitation.

This leaves no doubt that in the nearest future cyber-attacks like ransomware, Distributed Denial-of-Service attack among others are imminent on our cyber space.
Decades ago in Nigeria, it’s unheard of that a citizen will at any time wrap him/herself with explosive to commit suicide in an attempt to kill fellow citizen.

This was so overwhelming that Former President Goodluck Jonathan in July 2014 disclosed that the intensity of the Boko Haram crisis caught his administration and the security agencies unaware. This is the unfortunate reality that the Chief of Army Staff Lt Gen TY Buratai is up against, thus his investments into the 5th dimensional warfare with a hope of building an Army worthy of winning the war not just the battle.

In a conventional war, the state actor’s mission is to virtually win the battle while in an asymmetric war the state actors seek to not just win the battle but to also win the war. It’s patriotic to state unequally that the Nigerian Military has won the battle against insurgency and terrorism, but looking outside the box the war is still ongoing.

Gen Buratai was earlier quoted that
“There is general misunderstanding of what insurgency and terrorism entail. There is likelihood of terrorism persisting in Nigeria for another 20 years….”.

This assertion is true because Gen Buratai being a strategic military leader and also a foot soldier in the theatres of operation, does not just see the territories that has been recaptured from the enemy, captives that has been rescued nor the enemies that has been denied the freedom of action but he sees the re-indoctrination of friends into foes and the fraternity of host communities with the enemies within as a result of a hybrid terrorist ideology that has been ongoing even before the rise and fall of Mohammed Yusuf.

The enactment of Nigeria’s Cyber crime Bill in May 2015 gave legal framework to a cause my humble self among other Cyber Security enthusiasts advocated for since 2013. In one of my features titled Nigeria’s Cybercrime Bill: An imperative to Nigerian Armed Forces, among the recommendations stated is the need for the Armed forces to establish a Cyber Warfare Command.

In that direction, June 2016 Gen TY Buratai stated that, “Boko Haram terrorist group has been defeated on ground, but their remnants has migrated to the internet…”

This is evident in the myriads of terrorist propaganda and fake news that trailed the Counter Insurgency and Counter Terrorist Operation. Implementing Bunker’s Theory the Nigerian Army in the leadership of Gen TY Buratai in October 2018 established the Nigerian Army Cyber Warfare Command with the responsibility to monitor, defend and attack subversive elements in cyberspace.

The popular saying that a country that prepares for war in peace time will bleed less at the actual time of war is the occasion to be witnessed on 07 December 2020, as Gen Buratai takes bolder steps to commission the Nigerian Army Cyber Command office complex well equipped to international best standard. Among the well-equipped structures to be commissioned at the new office complex include Cyber Exploitation Cell, Cyber Operations Center, Cyber Attack Cell, Cyber Defence Cell, Open Source Intelligence Cell and Nigerian Army Cloud Services etc. With the posture of the NA Cyber Command, it’s expected that the command will seek to maintain superiority in the cyberspace domain to influence adversary behaviour, deliver strategic and operational advantages to ground troops, defend and advance our national interests.

Therefore it’s pertinent for the Nigerian government to take charge and make significant investments in Defence cyber capability by encouraging the Nigerian Army Cyber Warfare Command to further push this noble cause from cyber security awareness phase to its full cyber defensive and offensive operationalization.

Mr Fredrick is an Open Source Intelligence analyst, Cyber Security Enthusiast and Member Nigerian Army Resource Centre. He writes from Abuja. He can be found on Twitter