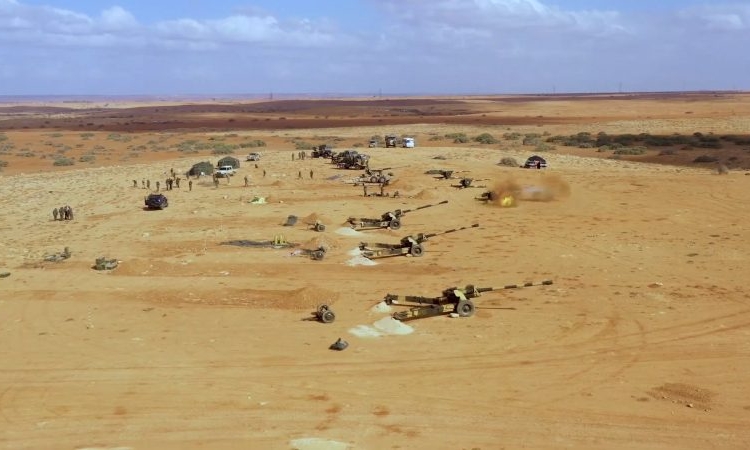 The G5 artillery were likely acquired from the United Arab Emirates, which procured six second-hand G5s in 1991/93 and 78 self-propelled G6 howitzers in 2013/14 from South Africa according to the Stockholm International Peace Research Institute’s arms transfers database.

In the exercise, three 130 mm M-46 and three 122 mm D-30 guns were also seen, along with mortars of various calibres and three MRLs.

For a long time, the UAE has been supportive of Khalifa Haftar’s Forces with various light and heavy military equipment. UAE is believed to have supplied Pantsir-S1 air defence systems and Javelin anti-tank missiles to the LNA, several of which have been captured.