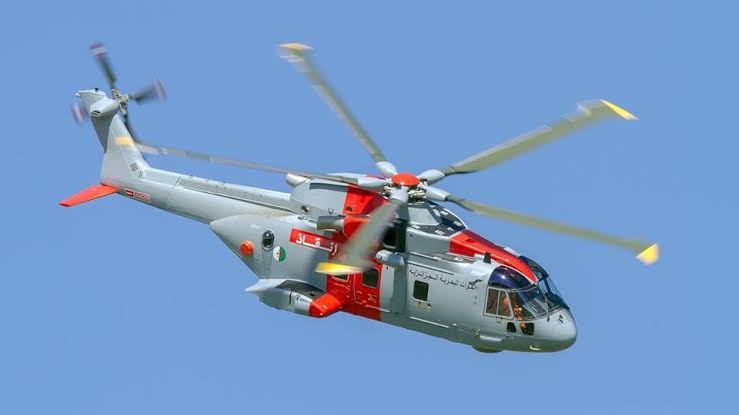 The Merlin search and rescue (SAR) helicopter operating by 560 ERS, was filmed on Wednesday crashing off Tipaza bay, and a crew member was killed, local media reported.

The accident occurred at 11:25 a.m. GMT+1, approximately two nautical miles (3.7 kilometers) off the coast of Bouharoun. The town is located 50 kilometers west of the capital Algiers.

In 2011, the Algerian Navy acquired a total of six AgustaWestland AW 101 Merlin for search and rescue missions and long-range medical evacuation. The three-turbine helicopter is capable of carrying eight equipped soldiers or four wounded on stretcher and a doctor.

A similar incident occurred in May 2017, an AW 101 returning from a patrol mission struck a high voltage power line and crashed leaving three dead.