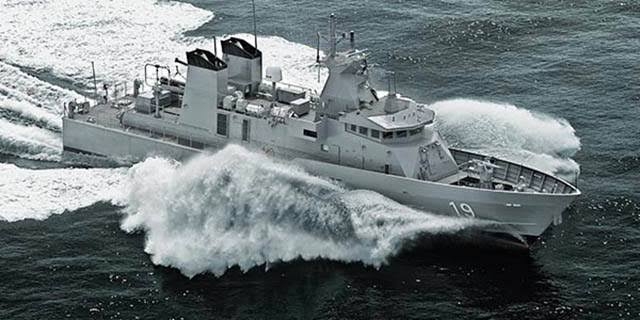 The Egyptian Navy will be supplied with nine Lurssen patrol boats as well as a single coastal defence boat from Germany under a 130 million euro deal says a  letter from Federal Economics Minister Peter Altmaier (CDU) to the Economic Committee of the Bundestag, the German parliament.

The contract was first intended for Saudi Arabia but it failed to materialize, the Arabian nation Saudi had ordered 35 vessels from Lurssen in 2013, but was denied following an arms embargo placed on it Germany in November 2018 due to its involvement in Yemen and the Jamal Khashoggi affair.

Although, Lurssen had already delivered 15 and completed another seven. The first TNC 35 was delivered to Saudi Arabia’s Border Guards in November 2016.

The patrol boats includes a single FPB 38 coastal defence boat and nine TNC 35 patrol boats, the TNC 35 vessel is 35 meters long and powered by two diesel engines with a combined output of 7 800 kW, giving a top speed of 40 knots.

While the FPB 38 is 38 meters long with a maximum speed of 31 knots and powered by two diesel engines with a total power of 3 740 kW. It can be fitted with a twin 40 mm cannon and mines.