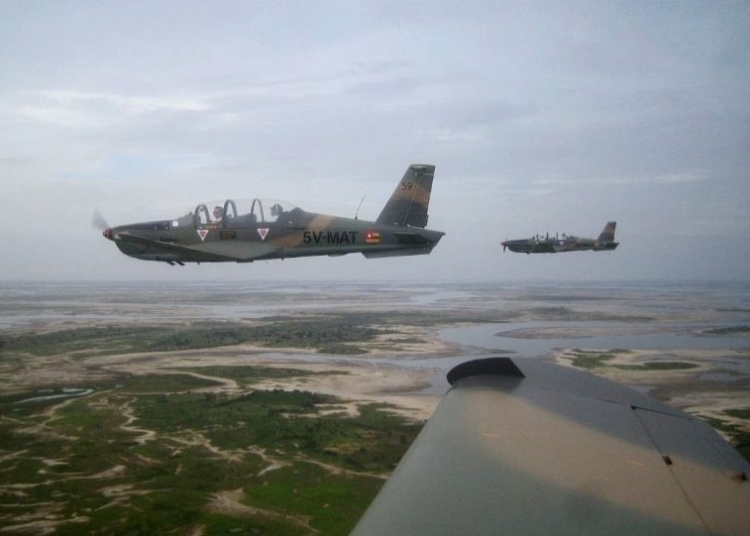 Senegal and Togo is set to benefit from their relationship with France, as during a recent visit to Dakar, the Chief of Staff of the French Air and Space Army (CEMAAE), General Philippe Lavigne underscores the importance of helping West African nations strengthen their air capabilities.

Thus, three additional Socata TB-30 “Epsilon” training aircraft would be delivered to the Senegalese Air Force, which will bring the total number to ten aircrafts.

The Epsilon aircraft are part of a programme to transfer military planes from France to the Senegalese Air Force School. Previously, the French Government delivered four Epsilon trainers in 2014 which were used to train around 15 pilots between 2014 and 2019. All four Epsilon trainers have accumulated over 3,300 flight hours.

General Phillipe emphasized the importance of combat aviation and transport in the large Sahel region, and the need to provide G5 Sahel partner forces with autonomous and sufficient national air resources that can be used within a national framework to combat armed groups in the region.

Our ambition, General Phillipe continued, …is to strengthen several areas and lines of operations ” these areas are; Intelligence, Surveillance, Reconnaissance (ISR), air transport, medical evacuations, ground attack missions (Close Air Support (CAS), and having the means and skills to coordinate and control the whole operations (C2).

Further more, on November 13, he visited the Air Force school in Thiès (70 kilometers east of Dakar), which according to him “plays a major role in the training of pilots and mechanics from neighboring countries”.

The school is supported by the Directorate of Security and Defense Cooperation (DCSD) within the framework of structural cooperation, with the presence of two volunteers placed by the AAE. “We have to help them generate hours of flight time. For maintenance, a fundamental activity; I have in mind to strengthen ties with the Rochefort school of mechanics ”.

“Our Spanish and Belgian comrades train pilots and mechanics, under the European mission EUTM-Mali trains GATA.
We will have to coordinate, establish an overall plan, to ensure that the air forces express their needs and develop our cooperation, which will happen certainly by an European project ”.

Apparently, 7 Togolese pilots and some Nigerien pilots are currently in training, and the Togolese Air Force will revive two of its TB-30s which have been in storage since a 2017 accident.

Airbus Flight Academy Europe in Angoulême, was contracted by the Togolese Government to overhaul the aircrafts.

Togo is the only country in the world to have the armed version of the light aircraft. And the two planes are expected in 2021 at their base in Niamtougou (BCN), in the north of the country.