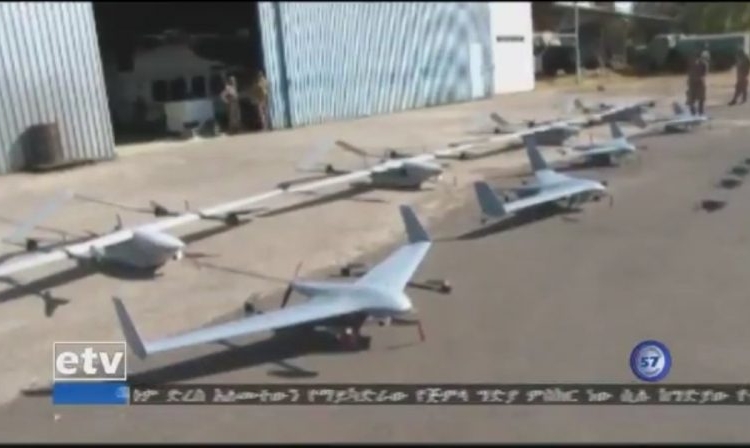 As intense fighting in Ethiopia’s northern Tigray region continues unabated, thousands of civilians have fled to neigboring Sudan as the Ethiopian army advances to capture the Tigrayan regional capital of Mekelle.

According to him, “Abiy Ahmed Ali is now enlisting the support of UAE drones based in Assab in his devastating war against the people of Tigray. In the meantime, Tigray Defense Forces have targeted facilities in Eritrea including the Asmara airport that are being used to stage attacks on Tigray.”

For a while now, the UAE is known to operate a secretive drone base in Assab airport, in Eritrea to support military operations across the Red Sea in Yemen, and has deployed several Chinese-made Wing Loong I unmanned combat aerial vehicles. In 2015, a Wing Loong drone was spotted at the Assab airbase.

In response to the allegation, Chief Commander of the Ethiopian Air Force, Maj. Gen. Yilma Merdas insists that Ethiopia is using its own fleet of drones against TPLF.
He subsequently displayed a plethora of both commercial and military grade surveillance drones, with the notable absence of any combat unmanned system.

Since 2015, there have been several media reports that Ethiopia had procured some Chinese CH-4 armed drones, yet so far no confirmation has been found which might indicate the presence of the drones at known Ethiopian military bases.