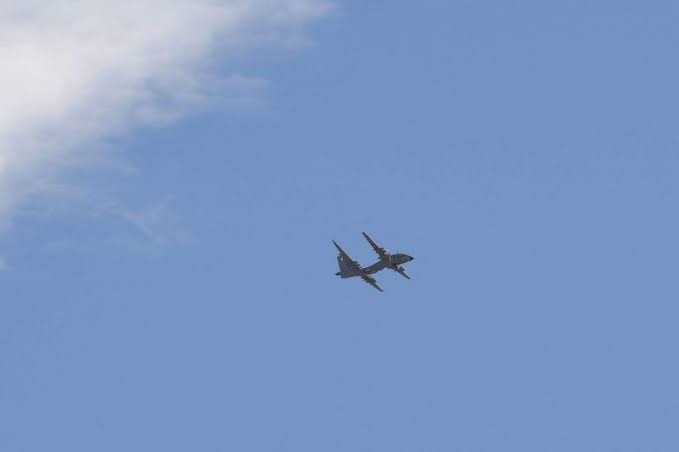 A few years ago, a Nigerian Air Force Ch-3 combat drone made history when it was used to destroy a Boko Haram logistics base in Sambisa forest.

Since then, Nigeria has steadily utilized unmanned systems in its fight against terrorism across the country.

At the opening ceremony of the ongoing Combined First, Second, and Third Quarter Chief Of Army Staff Conference held yesterday in Maiduguri, Borno State, Nigeria’s Chief of Army Staff Lt. General Tukur Buratai highlighted the latest progress made by the Nigerian Army in its operations across the country.

The Chief of Army Staff Conference is a periodic meeting where field commanders, Principal staff officers, heads of units and formations come together to reflect and review ongoing operations and strategies in order to restrategize and make improvements.

General Buratai briefed that the Army is soon to receive new equipment to prosecute the ongoing counterterror operations.

While details regarding the newly formed UAV command are still scarce, a military insider disclosed to Military Africa that the command intends to deliver responsive, persistent and precise UAV capabilities to achieve the NA’s mission.

Also, the new UAV command will raise, train and sustain a UAV force which will ensure task competency to deliver precise and timely Air Imagery Intelligence.

“This will involve mostly, interpreting and analysing the data collected by the UAVs and translating them into actionable intelligence for timely dissemination to the Nigerian military leadership.”

For now, it is not yet certain if the new Nigerian Army UAV command will operate alongside the Nigerian Air Force Combat Reconnaissance Group (203 CRG) in Gombe state.

The Nigerian Army has been known to operate several commercial-grade drones sourced from the civilian market.

The Yabhon Flash-20 UAVs will replace the Chinese-made CH-3 armed UAVs acquired from China, which crashed in January 2015 and the type has apparently been problematic in Nigerian service. The CH-3 UAVs have been armed with AR-1 air-to-ground missiles.

Nigeria also has Aerostar UAVs and some indigenous designs in service such as the Gulma, Tsaigumi, Amebo, and Ichoku hand-launched mini-uav.

More recently, in May this year, AAI Corp., a subsidiary of Textron Systems, Hunt Valley, Maryland, was contracted to supply the Aerosonde Mk4.7 unmanned aerial system to Nigeria.