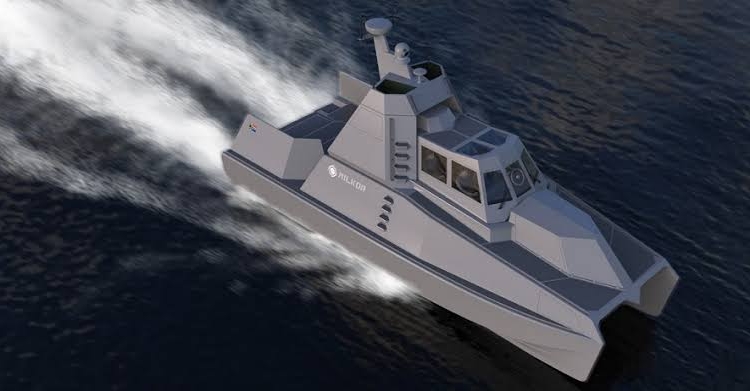 So far, Milkor has only been able to test the MN Centurion at a dam in Milkor’s facility base in Centurion.

The MN Centurion is described by Milkor as stealthy, and is well suited for patroling oil rig installation, harbours, as well as perform anti-terrorist operations.

It’s small size and stealthy form makes it “difficult for others to pick it up on radar.” says a Milkor official.

The MN Centurion is armed with a browning machine gun on the bridge, as well as a radar mounted atop the mast. It also comes fitted with a forward looking infrared (FLIR) camera for nighttime operations.

According to Milkor, the MN Centurion is a wholly South African product which will be market internationally.