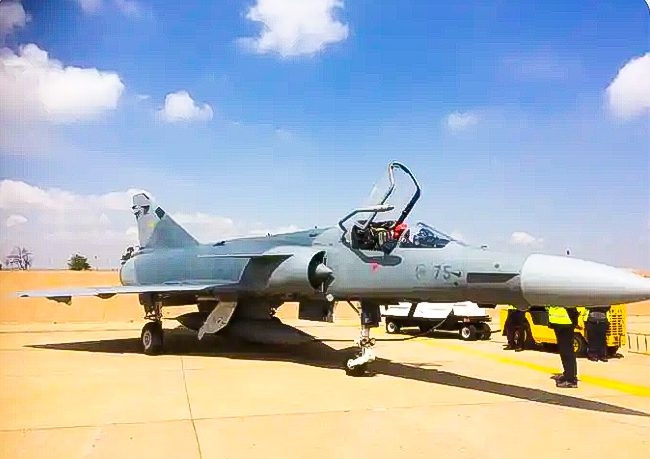 The Cheetah aircraft (C 375) is currently undergoing test flight after which it’ll be shipped to Draken international to join it’s aggressors fleet in Florida.

The contractor-based training company will field the aircraft for ‘Red Air’ aggressor flying against US military and allied aircrews, following its extensive refurbishment and modification effort by South Africa’s Denel Systems, with much of the work being reassembly.

According to the terms of the sale, South African state-owned defense conglomerate Denel will fully regenerate the aircraft, which have kept in storage since their retirement from the South African Air Force in 2008. In addition, Denel will provide additional support services for the aircraft going forward.

The EX-SAAF cheetahs increased the Draken’s fleet size to more than 150 fighter aircraft.

At the time of signing the contract, Air Combat Command says the companies will “provide realistic and challenging advanced adversary air training. The air support services are expected to begin late Summer 2020 at each location.”

The Atlas Cheetahs are an extensively modernized French-made Mirage III fighter jets, which turned what is essentially a late second generation design into nearly a fourth generation aircraft.