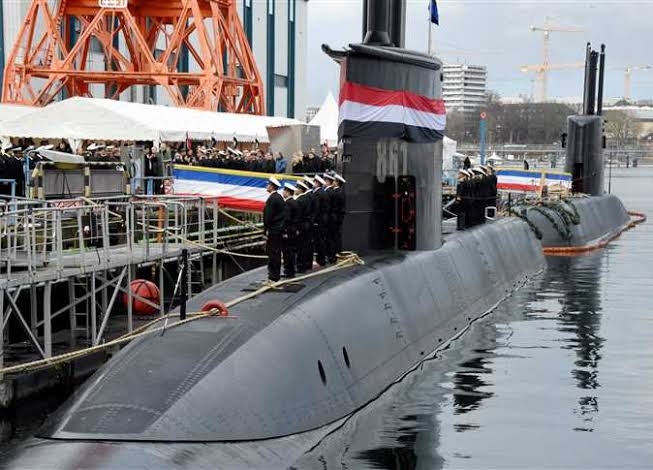 The Egyptian Navy’s fourth and final Type 209/1400mod submarine has been launched by ThyssenKrupp Marine Systems (TKMS) during a ceremony at its yard in Kiel, Germany.

Dr Rolf Wirtz, CEO of ThyssenKrupp Marine Systems, said: “Given the global corona pandemic, we are pleased to welcome Vice Admiral Ahmed Khaled Hassan Said to celebrate this very special milestone. The naming of the fourth submarine proves how…we can work together even in challenging times.”

The class has an approximate length of 62 metres, diameter of 6.2 metres and displacement of 1 450 tons surfaced and 1 600 tons submerged. It can dive to a maximum depth of 250 metres and is armed with eight torpedo tubes with 14 torpedoes. Speed is ten knots on the surface and 21 knots dived.

The contract for the delivery of the first two Type 209/1400 mod class submarines was signed in 2011, and in 2015, Egypt decided to take the option for two additional units.

This latest move, according to the Egyptian Armed Forces is part of continued efforts to support the army’s combat and technical capabilities, developed in accordance with the latest global combat systems.