US senators wants AFRICOM to move Headquarters to South Carolina 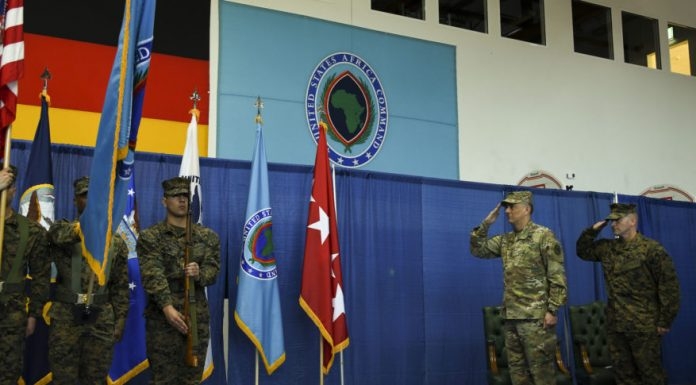 Following the decision to move the United States African Command (AFRICOM) to a new location after the Trump administration’s move to reduce overseas troop numbers.

AFRICOM which oversees U.S. military efforts in Africa, operates alongside U.S. European Command in Stuttgart, Germany. Stuttgart was chosen as an interim headquarters, with the intention of selecting a permanent location later.

For the past three years, President Donald Trump has been lobbying for the U.S. to reduce its troop presence in Germany, stating that Berlin wasnt spending enough on defense.

According to Trump’s proposal about 5,600 will be stationed elsewhere (outside Germany) in Europe most likely Poland, while about 6,400 will come back to the United States.

This rearrangement will reduce U.S. reliance on Germany, particularly for non-NATO activities, and is seen as a strategic realignment to better counter Russia.

Now as the US military searches for a new home for the African Command’s headquarters, two South Carolina Republican senators, Lindsey Graham and Tim Scott, recommend that AFRICOM’s HQ be moved from Stuttgart to Charleston, SC.

The two Republican senators sent a letter to Defense Secretary Mark Esper stating that Joint Base Charleston (JBC) in South Carolina would be an ideal location for AFRICOM’s headquarters.

Joint Base Charleston, “provides the existing infrastructure to meet […] operational needs while providing cost savings opportunities. One specific benefit is that JBC offers direct airlift and sealift to Camp Lemonnier in Djibouti, as well as road, and rail assets to provide a rapid response should immediate actions be required,” the senators explained in their letter.

Charleston SC would offer a lower cost of living with a diverse range of options for housing, educational opportunities, and spousal employment,” the letter added.

Graham had first proposed that AFRICOM HQ be moved to Charleston in 2011. Another option he said, could be the Charleston Naval Base CNB, few minutes from JBC.

The decision to move AFRICOM comes at a very peculiar time for the continent, with various conflicts and insurgency across the region, particularly in the Sahel.

AFRICOM is spearheading several efforts to combat terrorism across Africa and with the insecurity in full swing, the United States Military has expanded it’s role to include training and advise to local forces.

Even though this efforts are essential to sustaining peace and security, locating AFRICOM on the continent is not even an option.

The plan to move the headquarters to Africa caused a considerable political backlash from African leaders over concerns about the militarization of U.S. foreign policy toward the continent.

Russia which is poised to open six new military base in Africa has for some time been providing support to several warring parties across the continent particularly in Libya.

While China, according to US foreign policies is providing predatory financial aids to poor Nations, China already have a major military Bastion in Djibouti, the horn of Africa just few miles from the US strategic base – Camp Lemonier.

Recently, AFRICOM leaders met with their French counterparts to discuss the security of the continent as well as to discuss global power competition.