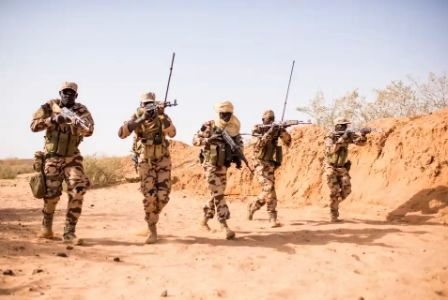 The US military has brought in Relyant Global to firm up the training of Niger’s special operations forces.

The American company Relyant Global will be providing training and support to Niger’s special intervention battalions on behalf of the US government.

Since 2017, Niger Republic has been on the Frontline in the fight against violent extremism.

Since the beginning of the Boko Haram insurgency, 489,000 people have been forced to flee the country including Nigerian and Malian refugees.

Niger’s special intervention battalions will play a key role in the fight against Islamist terrorism in the Sahel region.

Just recently, the American company was contracted by the US military to build a provisional base for Nigeria’s new A-29 Super Tucano fleet.