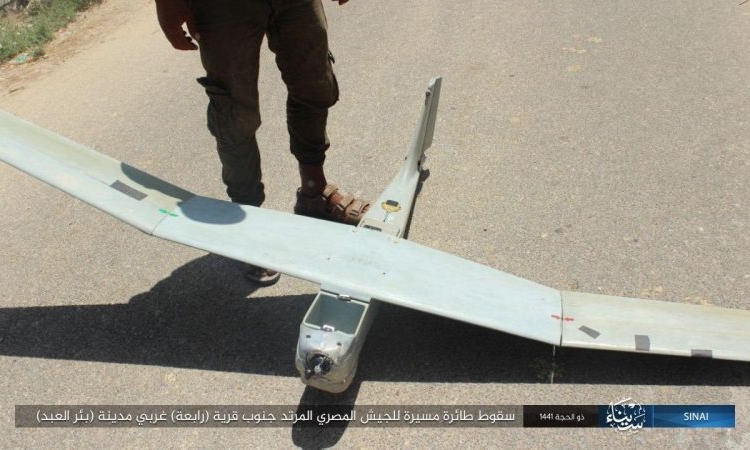 The Puma UAV was conducting anti-terrorist operations in the area alongside allied surface forces when it lost control and crashed.

After the crash, ISIS-linked militia quickly converge on the location and took control of the drone. Subsequent pictures taken by the terror groups indicate that the Puma dron sustained little damages and is still largely intact.

For the past two years, the Egyptian military has conducted a comprehensive counter-terrorist campaign in Sinai . While this campaign has largely reduced terror operations, it has failed to entirely uproot extremist networks.

So far, the Egyptian military is yet to acknowledge the drone lose, local sources disclosed that this is due to the fact that ISIS elements in the area has not been dislodged despite the Government claiming otherwise.

Egypt first took delivery of an unspecified number of the RQ-20B AE II M3/M4 systems from AeroVironment in a contract worth $9,098,295.

The AeroVironment Puma II AE is a man-portable, hand-launched unmanned aerial vehicle (UAV) designed for land-based and maritime operations and is capable of landing in water or on land.

The UAV is Operated from AeroVironment’s ground control station (GCS) which allows the operator to control the aircraft manually or program it for GPS-based autonomous navigation.