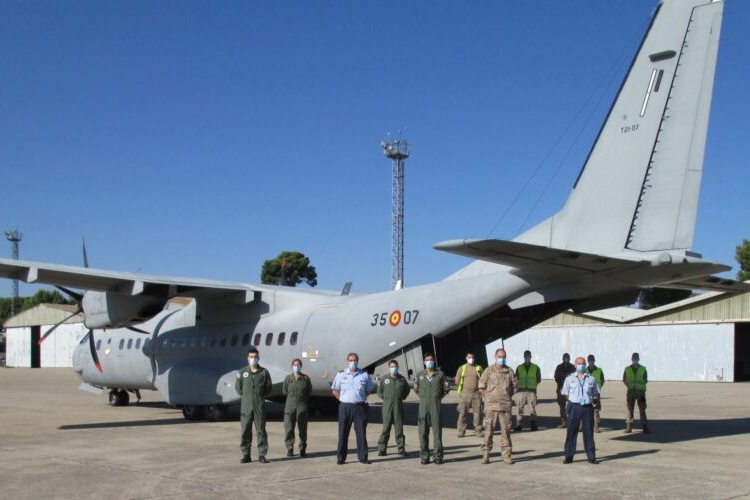 Spain has deployed an additional C-295 tactical transport aircraft Dakar, Senegal to bolster the United Nations missions in the Central African Republic (Minusca) and Mali (Minusma) as well as the French-led Operation Barkhane.

The C-295 aircraft arrived in Dakar few days after leaving Getafe in Spain on 15 July, it joins another C-295 already in-country since March this year to support the peace and stability mission currently ongoing in the region.

“For more than six years, two air transport detachments, the Ivory Detachment in Dakar and the Mamba Detachment in Libreville (Gabon), and a hundred military personnel from the Air Force, have contributed to the fight against jihadism in the heart of Africa and in the Sahel region,” the Spanish Air Force said. “With the aim of improving efficiency and synergy in operations, the efforts of the two detachments have been concentrated, since 24 March, in Dakar, from where they will continue to perform the same intra-theatre transport functions in support of the aforementioned missions.

“The Mamba Detachment ceased its activity when moving to the Ivory Detachment in Dakar, after having operated since March 2014. A C295, formerly a Hercules of the 31st Wing, has continuously operated in support of France in the Sangaris operation in the Republic Central African and the Spanish contingent of EUTMRCA, deployed in its capital, Bangui.

“The origin of the Ivory Detachment, now with two C295 aircraft, dates back to January 2013, with the initial mission of offering air transport to the Spanish contingent deployed in Mali and to the Serval operation, which the French Armed Forces were conducting in Africa. Since then, twenty-nine contingents have been surveyed at the Aérienne Senghor base in Dakar, first with the Hercules, from July 2013 to October 2014 with a C295 and then again with a Hercules,” the Spanish Air Force said.