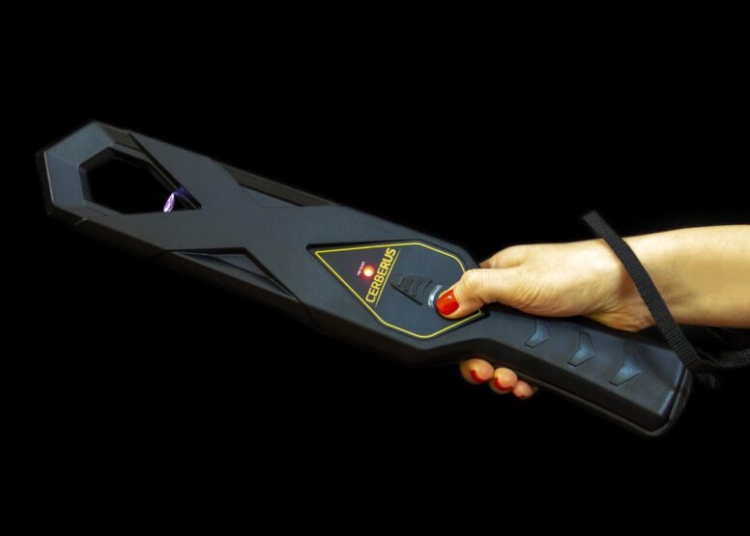 Rosoboronexport JSC, a subsidiary of the Rostec State Corporation, has launched a new metal detector and stun gun combo called the EM-411 Cerberus into the global security equipment market.

The device is intended for use by security and law enforcement personnel at all facilities that require control of the carry of prohibited items and enhanced security measures: transport hubs, infrastructure and sensitive facilities, public gathering places.

A wide range of security equipment is available on the market today. However, the uniqueness of Cerberus is that it combines two products: a sensitive metal detector and a powerful stun gun.

The product is unrivalled anywhere in the world. Equipped with separate hand-held metal detector and stun gun, a security officer is forced to waste time changing equipment in an emergency.

During this time, a suspect may attack the officer, surrounding people or try to hide. The metal detector with built-in stun gun significantly improves security control and helps respond quickly to challenges to public security.

To switch Cerberus from metal detector to stun gun mode, you have to press one button. Even a short-term exposure is enough to cause a sensitive painful effect, while an exposure lasting 2-3 seconds will put the intruder in shock with a loss of orientation in space without causing irreversible harm to life or health.

The stun gun is a non-lethal weapon and the effect of its use is temporary.
Rosoboronexport expects that Cerberus will attract close attention from law enforcement agencies of the partner countries, anti-terrorist structures, as well as security services at high-value transport and infrastructure facilities.

Modern electroshock weapons are an integral part of the armament of law enforcement agencies in many countries of the world. Today, Rosoboronexport is actively promoting the products of leading Russian enterprises on the world market.