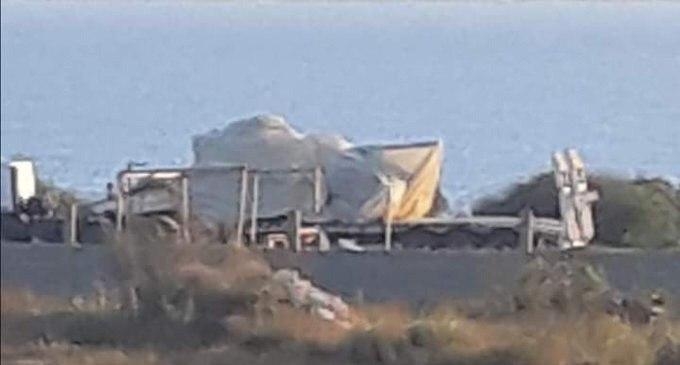 Turkey has apparently deployed an unknown number of the U.S.-made M60 main battle tanks to Libya in support of its ally, the Government of National Accord (GNA).

According to a Turkish sources, a convoy of low-bed trailers were seen transporting several M60 tanks in the vicinity of the Libyan capital, Tripoli yesterday May 13.

The Turkish military and its Syrian proxies are mainly deployed around the city.

The Turkish Armed Forces owns more than 1,500 M60 main battle tanks. Most of these have been upgraded by Israel’s IMI Systems to the Sabra Mk II standard.

Although, it is not yet known if the tanks sent to Libya are the legacy M60 model or the vastly improved Sabra MK II variant.

For some time now, Turkey has consistently transferred several combat systems to the GNA, such as the Kirpi armored vehicle, which has failed to make a strategic impact to the conflict, and has even been judged combat ineffective by the LNA after several were captured and tested.

Also, the LNA already operates Russian-built T-54/55, T-60, and T-72 as well as several anti-tank guided missiles. The LNA tanks are being maintained by Russian technicians.

Military Africa believes that Turkey has likely sent trained personnel and crews to man the M60 main battle tanks as the GNA currently lacks the capacity to effectively operate them.