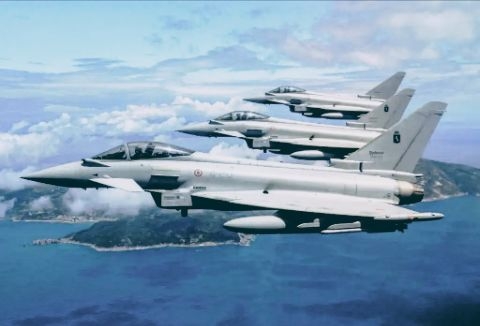 It appears that the Italy-Egypt defence mega deal has hit a brick wall as the business is still being examined on a “technical and legal basis” by the Italian government.

The government of Italy is carrying out a political evaluation because the defence sales are controversial in Italy due to Egypt’s human rights record, says Italian Foreign Minister Luigi Di Maio during a parliamentary briefing on 10 June.

The mega deal which is reported to include two Bergamini-class fridate, Spartaco Schergat and Emilio Bianchi for an estimated EUR1.2 billion (USD1.3 billion) was said to have been approved by the Italian Prime Minister Giuseppe Contea after speaking with Egyptian President Abdel Fattah el-Sisi.

Both frigates, Bergamini-class fridate, Spartaco Schergat and Emilio Bianchi  were initially ordered for the Italian Navy and have been launched, but has not been commissioned yet.

The EuroFighter Typhoon is targeted for export to the Middle East region, a traditional market for European combat aircraft. Apart from Europe, the aircraft is operated by Oman, Kuwait, Qatar and Saudi Arabia in the Middle East.

In May, Italian Leonardo announced that it has secured a contract to supply 24 AW149 and eight AW189 helicopters to the Egyptian military for approximately EUR871 million.

In November last year, Leonardo disclosed that it has received a firm order for its M-346 jet trainer and combat aircraft, however, the company did not reveal the customer or the value of the deal.

Leonardo which is a member of the EuroFighter Consortium which builds the Typhoon fighter jet is also aggressively marketing the M-346 to MENA customers.

“There is an increasing need for trainer jets in the MENA [Middle East and North Africa] region as countries there work to expand their fighter fleets. The MENA nations have requirements for trainers also able to perform close‐air support missions,” said Marco Buratti, Leonardo’s senior vice president of international marketing and strategic campaigns during an interview with Defense News.