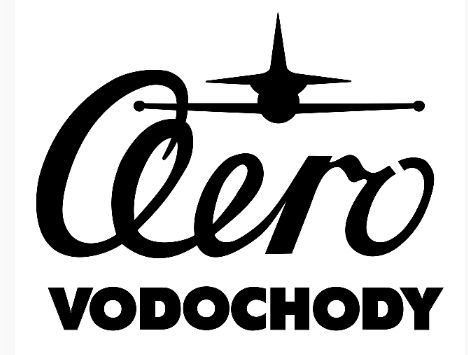 Penta, a Central European investment firm has owned Aero Vodochody for the past 13 years, will now hand over control of the aerospace company to Omnipol Group, which is controlled by the Háva family, and will oversee the daily operations of the company.

Under the newly signed contract, Tombor now holds a 51 percent stake in AERO Investments Partners, and Omnipol has a 49 percent in the joint venture, according to a June 11 announcement by Aero. While Czech-Slovak group Penta Investments, which bought into Aero Vodochody in 2006 and will retain an airport at the site.

For now, the terms of the transaction has not been fully disclosed. However, Hungarian Richard Háva, whose family owns Omnipol, said Aero has “huge potential for the future” and that the new owners plans to “develop all three pillars” of the company’s existing activities.

These are aircraft manufacturing, aircraft support, and co-operation with the world’s major aerospace manufacturers.

For several years, Aero Vodochody and Omnipol have maintained a long working relationship, with the latter handling most of Aero’s aircraft exports. Omnipol has been helping Aero Vodochody develop the L-39NG trainer jet since the past five years.

Aero Vodochody the manufacturer of the L-39 Albatross trainer and light attack aircraft has been under severe financial crisis for several years, with the firm witnessing a negative growth rate despite positive feedback from several potential customers for the Albatross jet. Last year, it revealed that its management was losing money due to investments in the all-new L-39NG aircraft.

Regarding the financial woes, Penta co-owner Marek Dospiva said his firm [had] transformed Aero from a money-losing operation into a “thriving company”, but decided to sell it to focus on other investments in its portfolio.

Before the coronavirus Pandemic, Aero had planned to double its revenue to as much as 6 billion crowns ($256 million) in 2020. However, this has yet to materialize.

On the L-39NG Albatross jet trainer and light attack aircraft, the Senegalese Air Force (Armée de l’Air du Senegal) is supposed to receive four L-39NG jets from Aero Vodochody between 2020 and 2021, but now the delivery date has been postponed to 2022.

Aero Vodochody initially disclosed that financial constraints will delay the delivery of the aircraft to Senegal. Stating that although the contract has been signed, it has not yet become effective, as details of financing for the purchase are still being negotiated.
According to South Africa’s DefenceWeb, once the contract is finalised, deliveries will take place within two years.

Omnipol CEO Michal Hon acknowledges the importance of working together on the L-39NG project, he explained that “by expanding the spectrum of products and services we offer with the L-39NG-based training solution, we can now provide air forces around the world with a comprehensive package of services for training and tactical aviation, as we already complete logistics operations, for aviation as well as air defence and ground forces, for a number of our existing customers. The L-39NG is an extremely valuable export commodity for us. The aircraft has no direct competitor in its market segment, and furthermore, the worldwide fleet of training aircraft is due for a massive upgrade in the very near future.”

The two companies will reveal the exact extent of the partnership at the Farnborough International Air Show slated to hold in July of this year.

Omnipol has been the exclusive exporter of L-29, L-39, and other aircraft types, and it has successfully exported over 9,000 Czechoslovak-produced aircraft. Ladislav Šimek, president of AERO Vodochody AEROSPACE disclosed.

It is certain this cooperation will lead to a significant increase in the sales potential of the L-39NG aircraft. Ladislav Šimek said.

“Given the fact that the L-39NG is the largest Czech military project of this century, it’s perfectly logical that the largest Czech producer of aviation and military technology would work together with the largest Czech dealer in military equipment. Our partner Omnipol is active commercially in over sixty countries worldwide, a significant portion of which operates L-39 aircraft,” added Šimek.

The new Senegalese Air Force L-39NG aircraft is the light attack version, but also have full flight training capability, the contract was signed in April 2018.

Aero Vodochody has disclosed that the Senegalese Air Force version will be fitted with the AIM-9L Sidewinder missiles mounted on both wingtips.

It will also be fitted with the GenesyS aerosystem’s avionics as well as Elbit Systems Targo II helmet-mounted system for weapons cueing capability.

The GenesyS aerosystem’s avionics is also being fitted to Nigeria’s own L-39 Albatross fleet.

The aircraft is powered by a single Williams FJ44-4M engine with FADEC control and has five hardpoints for 1 200 kg of weapons.

The first L-39NG airframe has been completed and has undergone several test flights. In October 2019, Senegalese Chief of Air Staff, General Joseph Mamadou Diop flew a prototype of the aircraft.

The L-39NG is based on a successful aero dynamical concept of the current L-39, but is manufactured with the use of new technologies and contains modern systems,” said Giuseppe Giordo, the president of Aero Vodochody. “Currently we also have two additional contracts in a very mature state of negotiation,“ he added.

In January 2018, Aero started the L-39NG aircraft pre-series production line. Aero is currently producing a total of four L-39NGs. The first and the fourth aircraft will be used for flight tests, the second one for static tests and the third for fatigue tests. The first flight of the new pre-series L-39NG took place in the end of 2018.